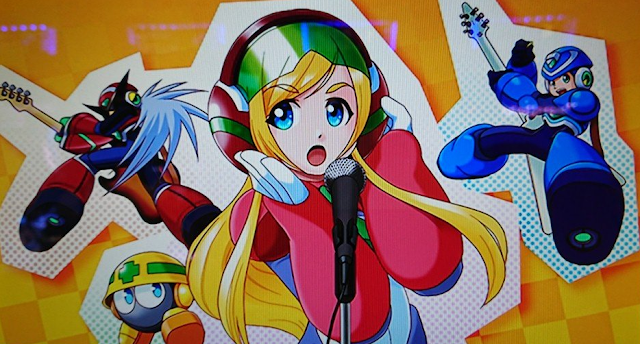 We're rapidly approaching the one year anniversary of Pachislot Rockman Ability: September 18th, 2019. With rumors of a possible mobile port in the works (read about that here) we're still hopeful that developer Enterrise and Capcom will choose to release an official Soundtrack and art book for this game.  Per tradition, Enterrise have released soundtracks for previous pachislot titles they've developed, so it's not outside the realms of possibility.

Until that happens, however, we've managed to capture the "bonus vocal themes" for you to enjoy as well as some details on the game's soundtrack itself after the jump.

Most of the in-game music for Pachislot Rockman Ability consists of remixes of tracks taken from classic series Rockman titles. These new compositions predominately play during story cutscene sequences and bonus modes. Here is a list of the remixes included and the stages they play in:


One of the new original themes we managed to capture was the "Ability Field theme" which is one of the main modes of the game. This theme plays during the brief period in which players must activate the bonus game:

Below, you'll find a chronicle of all the new vocal tracks recorded for the game. These only play during the bonus mode scenes on a normal play session. You can actually hear these themes as background noise at pachislot halls and, as such, it's hard to hear them over the sound of so many other pachislot machines playing at once. Thankfully, with having someone owning the machine itself at home, our friend Genzi managed to record most of these songs! The way he had to do this was by activating the bonus game and not press any buttons, letting the song play through and then finishing the bonus mode and edit-in the song ending. It's not ideal but without an official soundtrack release at the time of making this article, it's the best we can get. As is somewhat a tradition with Japanese Rockman titles a lot of these songs are sung by the character's voice actors.

This is the main theme of Pachislot Rockman Ability it was featured in the trailer for the game before release and also plays when Rock uses a special weapon in a Robot Master battle.

This track is sung by the voice actresses for Rock, Roll and Trancy (Mutsumi Tamura, Rie Takahashi and Kana Asumi respectively)

This track is sung by Roll's voice actress Rie Takahashi

This track is sung by Trancy's voice actress Kana Asumi

This track is sung by Maimie, a singer from Japan. You can check out her Soundcloud here

There is another bonus vocal track however it plays over the ending of the game so if you haven't checked out the Story cutscenes and don't want spoilers please check out out the cutscenes here first!

This bonus track is tied to the ending of the game, it and the ending itself are hidden and can only be unlocked if certain requirements are met: Progress through all 10 stages, defeat all of the Robot Masters and earn a Super Big Bonus in the Ability Field then this will unlock.

Hopefully with tracks like these being included in the game, Capcom and Enterrise will see fit to release them to the public in the not too distant future.

There is more coverage to come from Pachislot Rockman Ability from us! The English story translation is done and ready to be published soon. Also, we have someone our readers may know that's helping to put the subtitles onto the footage for us! And finally, we have some footage of the levels themselves. Hopefully we'll have more to share on that soon!

If you've missed any of our previous coverage on Pachislot Rockman Ability be sure to check out these links: Overview and Modes, Boss Profiles and Special Weapons and Story Cutscenes