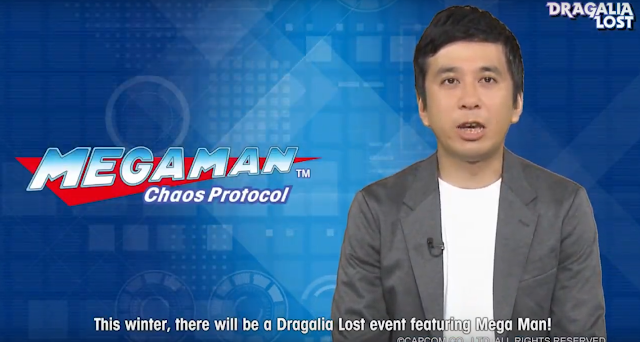 To commemorate the first anniversary of Dragalia Lost – Nintendo and Cygames' immensely popular mobile RPG – the game's director, Yuji Okada, announced a special collaboration with the Mega Man series dubbed "Mega Man: Chaos Protocol". The event is expected to take place during an undisclosed winter date. The announcement was made during the First Anniversary Dragalia Digest stream seen here (relevant portion at 48:40 minutes in).

More news on the crossover event will be shared during "This Month in Dragalia Lost" on October 1st. So yeah; that's about all there is on this subject for today. Exciting stuff! I guess you should go on and download Dragalia Lost now, yes?

We'll have more news on this front soon. Thanks to everyone who sent us a tip!
Posted by Protodude at 10:25 PM