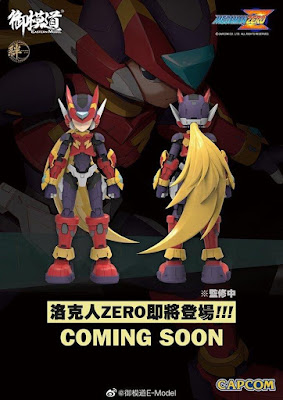 Details are few and far between at the moment, but it looks like hobby manufacturer Dimension Studios are working on a Zero series Zero figure.

A product listing for the figure has appeared on Taobao. What's more, it will reportedly make it's first public appearance at the China International Comic Festival in early October. The image above isn't a representation of the final figure - it's a concept render

That's all the we know right now. More news on this topic soon! Thanks for the tip, AncelCai!
Posted by Protodude at 1:57 PM