Capcom today announced that a live action Dead Rising movie is in the works during a Microsoft press conference. A teaser trailer was presented, which you can check out below. Be on the lookout for a very brief Servbot cameo around the 30 second mark... 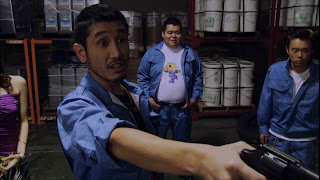 The film, directed and co-written by none other than Keiji Inafune, will debut this year exclusively on Xbox LIVE.