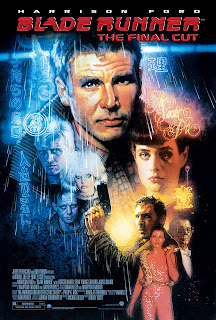 This post contains HUGE Rockman 9 spoilers. Proceed at your own risk!

Remember that really blizzard clue The Shadow provided us about Rockman 9's story? You know, the one about "robots having expiration dates?" Well, guess what...turns out it's true.

Numerous sources are claiming this is indeed a major plot point in the game, specifically during the moments leading up to the duel with Wily.

Apparently, all Robot Masters have a mandatory expiration date, a specific time when they shall cease all functions. With this knowledge in mind, Wily convinced Light's newest robots to stand up for their rights and proclaim that they can still be of use even after their termination date. Thus they began their rebellion on mankind.

I must note, I have not witness this play out myself. I've yet to beat the game (six RMs down, two to go), but I have eleven sources claiming this plot point to be fact.

Cyberpunk funs, does this plot sound familiar? It should, it's adapted from one of my favortie films: "Blade Runner." (1982)

Eventually, Deckard learns that all Replicants, including those mentioned above, have limited lifespans (four years to be exact) as a fail-safe in case they develop the desire to be "independant" from their directives.

The reason why these particular four are revolting is because they seek to extend their life spans. Eventually, it becomes apparent that removing a Replicant's fail-safe is impossible, all Replicants shall meet their demise whether they like it or not.

Eventually, all four meet their end. Ironically, only one of the four dies from expiration (the other three were destroyed before they expired).

Interesting, no? (If you've yet to see Blade Runner, I highly suggest checking it out. It's one of those love/hate films. Depends on your taste.)

Now that I think about it, the Rockman lore does have a lot in common with Blade Runner. Anyone else notice the similarities between a Blade Runner and an Irregular/Maverick Hunter? Hmmm...

Well, I do hope you're enjoying Rockman 9. Hope I didn't spoil too much. (sarcasm)
Posted by Protodude at 2:00 AM