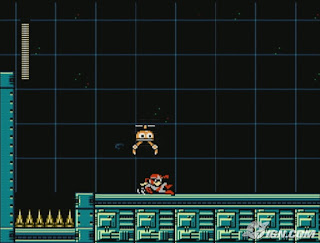 IGN has gotten a hold of a few screenshots and video footage of Blues gameplay from Rockman 9.

The screens confirm the various known details about Blues' gameplay such as his ability to charge shots, deflect enemy projectiles and even use his shield as a jet.

You can view the gallery in its entirety here.

Don't forget, Blues DLC is coming out next week!


Thanks Chris and Jay!
Posted by Protodude at 8:54 PM