So this image has been making rounds: 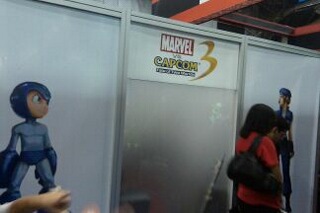 Artwork of several unannounced MvC3 characters, including classic Mega Man, were spotted sometime yesterday at Comic Con. The images originated at Eventhubs.com but were pulled from the site shortly. So... yeah, that pretty says a lot.

It's speculated these characters will be officially confirmed by Capcom in an event tomorrow but we've gotten no official word if this is the case. Still, it's something to watch out for.


----------
UPDATE: The legitimacy of the photos are now in question. Many readers have pointed out the artwork featured in the photos belongs to the Udon art from the recent Marvel vs. Capcom 2 re-release.