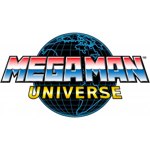 Yeah, we've had our fair share of Mega Man Legends 3 news from NYCC, but I think it's time we paid some attention to Mega Man Universe...you know, the other game at the show.

Anyway, some interesting new tidbits about the upcoming title have surfaced via 30Ninjas. The batch of details were covered in the site's impression of the playable demo, summarized below:

For all the details, read up on 30Ninjas MMU impressions.

Thanks for the tip, Alastor.
Posted by Protodude at 4:33 PM