Rockman X DiVE - The Phantom, The Maid and The Glittering Spark 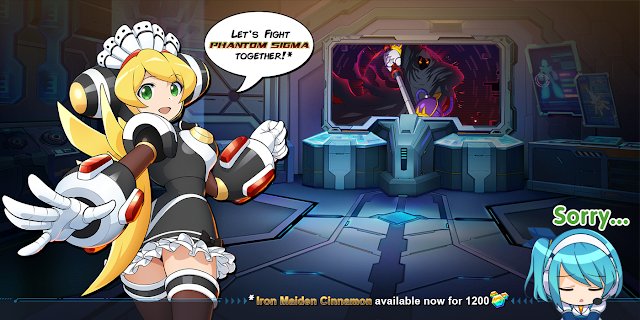 This week's Rockman X DiVE content update brings a new skin, the second Raid Boss event, a new weapon, and a few questionable decisions before next week's big event. Let's check it out after the break!
Let's start with the banner for this week with the spray weapon "Glittering Spark." This banner also gives you a guaranteed S rank weapon in the 1st, 3rd and 5th draw of a 10-pull. The banner is already live and lasts until October 28 at 15:59.

Beam Chain
Deals 34.04% damage to target; the chain will continue to travel and seek other targets in range and cause 25% damage.
Passive Skills

The 2nd Raid Boss Event is already live and will last until November 1st at 22:00 (UTC+8).
Just like the previous time, this mode will call for players in the same server to work together to defeat a mighty boss. In this case it's "Phantom Sigma". All players have equal combat power but the total amount of stars of their characters and weapons will be converted into attack buffs, allowing them to deal more damage to the boss. On top of this, the skills you have unlocked won't suffer any restriction like combat power does.Each day you'll have 5 chances to challenge the raid boss, with more opportunities that can be bought using EM. In total you can buy five extra tries; the first three cost 20 EM each, the fourth try cost 50 EM and the last one 100 M.
These are the character and weapons that will dealt extra damage to Phantom Sigma:
Damage dealt +40%
Damage dealt +20%
Damage dealt +10%
Let's take a closer looks at the rewards. First we have the "contribution rewards" which you unlock as you deal damage to the boss. Then, we have the "ranking rewards" which will be delivered after the event ends. It's basically a competition against other players to see who does more total damage during the event. 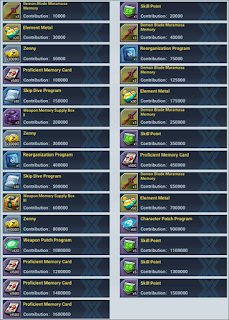 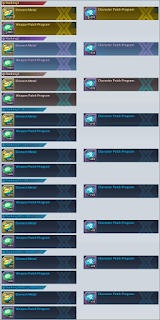 "Phantom Sigma" has five phases. When all players in the server deal enough damage to him, he will be defeated and the next phase will start. Each phase has different rewards that will be delivered instantaneously to all players that participate in the event. 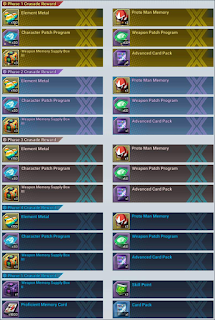 And lastly we have the "challenge rewards" that you will get every time time you fight "Phantom Sigma". The more damage you do, the more rewards you will get.

I found this fight particularly more enjoyable than the fight against "Wolf-Sigma" in the first Raid Boss event. They even gave "Phantom Sigma" an attack from Sigma's second form to make his move set less limited.
The music track, though, they didn't bother matching music to the event once again. That's disappointing. Let us know what you thought of the boss fight in the comments!

New levels for the Jakob Orbital Elevator are available today. Levels 66 to 70 for the normal and hard mode with Overdrive Ostrich as the boss of the last level and levels 56 to 60 for the challenge mode with a double fight against Bit and Bospider at level 60.
By completing level 65 and 70 you will be getting some rewards like a small quantity of EM, Shock Absorbers and seven Weapon Memory Supply Box II.
Did you enjoy this mode? Let us know!

Iron Maiden Cinnamon is available to purchase from the shop for 1200 EM until October 25 at 15:59 (UTC+8) and later for 1600 EM.
The skin provides a stat boost of: Attack + 32, HP + 64 and Defense +16.
Your eyes are not playing a trick on you, we went from free skins to "Yukata Pallette" costing 800 EM and now 1200 EM. We can argue that the reason is because is a skin for an S rank character but if you ask me? Is too expensive, let us know what do you think in the comments.
------------------------------
And talking about questionable decisions, the amount of tokens we can earn playing Co-op has been reduced. Previously, we could get 20 tokens for each stage played daily. Assuming you have unlocked up to stage 9-2 that is 360 token daily, over a week that's 2520 tokens.
With today's change, however, it's been boosted to 100 tokens for each stage you play but it's no longer daily. Instead, it's been changed to weekly, meaning you get around 1800 tokens a week.
In a way, it's not a bad deal in the sense that you don't have to grind stages daily... but you do get less tokens weekly. Some players agree with this change and others don't. Where do you stand?
And finally, if you are interested in some skill adjustments and the new items available in the shop, you can check them here.
Next week promises to be big for two reasons: the launch of the game in Japan and the newest event. Look forward to it!
Posted by Reploid21XX at 1:03 PM