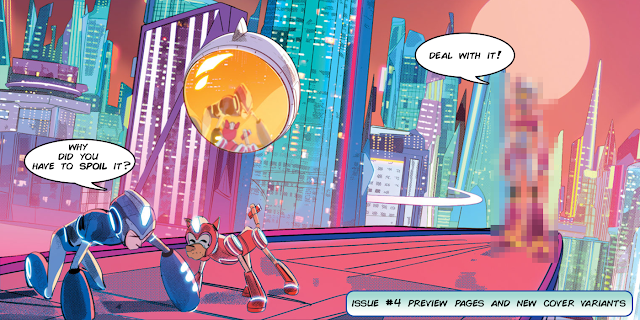 The third issue of the Mega Man: Fully Charged comic was released only a few days ago and Boom Studios didn't waste any time to release preview pages for issue #4.  However, not only did they release preview pages so close to the previous issue, they also chose to spoil the surprising reveal of issue #3 with little care or respect for readers.
After the break, you'll find said preview pages, a few new cover variants and our opinion on this little debacle.

Let's start with a few cover variants. First we have a new variant for issue #6 drawn by Miguel Mercado. This issue is due on January 27 for $4.99. You can see the solicitation and the two other covers here. 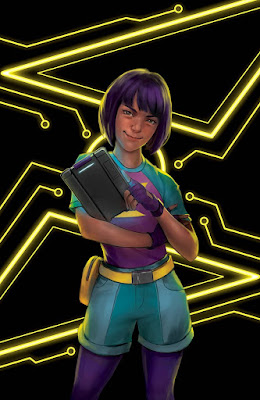 Next we have a variant cover for issue #4 drawn by Jonboy Meyers. You may recognize Meyers if you are a DC Comics fan, known for his work on Superman to Teen Titans. Issue #4 is out on November 25. 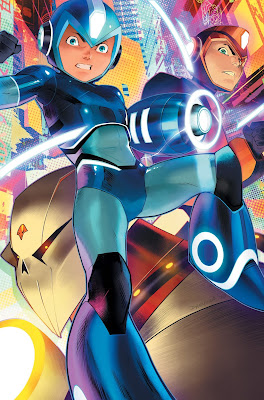 And now we've reached the controversial part of this post -- the issue #4 preview pages. From here on out, there will be SPOILERS for issue #3 and #4. Proceed at your own discretion. 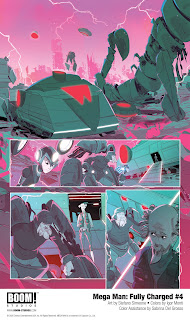 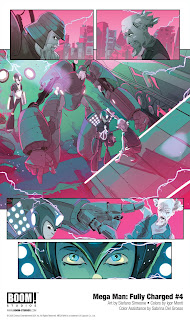 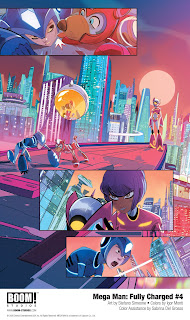 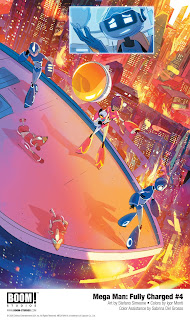 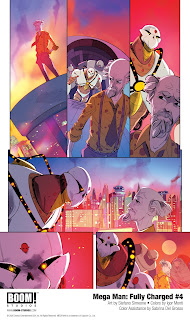 So there you go. Zero is none other than Suna Light.
Were you excited to find out who Zero was? Did you have you own theories about it? Well, throw all of that into the trashcan because Boom Studios robbed us of the anticipation and excitement of discovering who Zero was for ourselves next month.
Regardless of Boom Studios' questionable move here, I do really like Suna Light so I'm happy to see her as something more than the sister in the background. However, I must question what is the point of making that big reveal in the last page of issue #3 to unveil Suna as Zero a few pages into issue #4. I think the writers missed an opportunity to create more mystery around Zero, perhaps making his reveal more impactful if it was done in the last issue of the mini-series.
I can only hope this is not the biggest reveal of issue #4. Otherwise... there is not much to look forward. But who knows.
Tell us your thoughts in the comments!
Posted by Reploid21XX at 9:30 AM