The Obscure Mega Man X6 PC Port Has Been Preserved 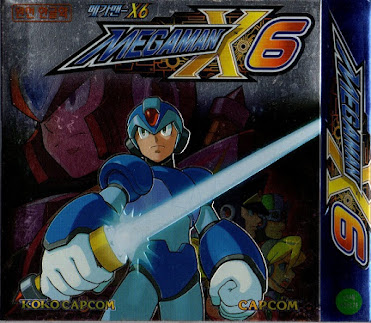 The official Mega Man X6 PC port published by Capcom Korea subsidiary KOKO Capcom in 2002 has been saved from a disc rot fate.

Mega Man fan leamaycry located and dumped this obscure, lesser-known direct PC port to Archive.org. You can download it here. The file contains everything you need to run it on a modern day machine, including patch 1.0.0 already applied.

You can find more details on the game - its history, differences, and troubleshooting - below!

This port is based on the PS1 NA and EU release. Development was handled by Multi-E/Multi-Enterprise, a now defunct South Korean company, who also ported the Korean version of Mega Man X5 and Mega Man X7 to the PC, another exclusive South Korean release. During development, Multi-Enterprise asked members of the Korean Mega Man community website HEAVEN (http://heaven2u.com/) to do a beta test for the port.

Over 200 bugs were reported in the initial test, and numerous other bugs were present in the second beta build. Originally, the Korean script was translated from the English script present in the North American and European versions of X6, therefore the same grammatical and contextual errors in dialogue were present in the Korean script, but these were also corrected in the beta test period. After a month of beta testing, the final product was released on December 13, 2002, still with some prominent bugs detailed in the Port differences, quirks and bugs paragraph below.

- Title screen from the NA and EU releases is present, not the JP one
- Neater text font for in-game and cutscene dialogue
- Credits song (I.D.E.A. by RoST) has better audio quality
- Voice lines missing from the NA and EU releases for the title screen, Maverick intros and X and Zero are restored
- Bilinear texture filter is applied if your PC's graphics card meets or goes over the system requirements
- Background music is missing from almost all cutscenes
- Character portraits do not have moving mouths during dialogue, only blinking eyes
- Opening FMVs do not scale properly on modern operating systems
- You can change the game speed with the F3 and F4 keys, F3 highers it, F4 lowers it, there are 5 levels of game speed from normal to very slow (1-5)
- Game will skip around sometimes, this is due to Frameskipping being enabled by default, press F5 to disable it. Because this option resets every time you open the game again, you need to do this every time you start the game
- Press F9 two times in game to go back to the title screen, and at the title screen press F9 two times to close the game
- Sub-boss in the Weapon Center/Infinity Mjinion's stage (Illumina) has a graphical bug
- Only predefined keys can be bound in the Controls menu
- Alt-Tabbing makes the game speed much faster than normal
- Game crashes and goes to back to desktop randomly but not often
- Windowed Mode does not render the game properly on modern operating systems

A few of these bugs are fixed by installing the 1.0.0 patch, found here: https://community.pcgamingwiki.com/files/file/1740-mega-man-x6-korean-patch/ Install it by moving it to the folder where X6 is installed and running it.

After you installed the game, keep the ISO file mounted to be able to launch the executable file. To get the game running on modern operating systems, right click the game's executable file, click on Properties, click on Compatibility and set Compatibility mode to Windows XP (Service Pack 2) or lower and tick Run as administrator.

Posted by Protodude at 6:59 PM