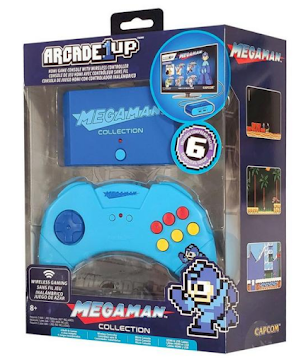 First unveiled at the beginning of the year, A listing for the mini console recently appeared on GameStop. However, there's no release date or an option to pre-order. It's likely we caught this page very early and those details are forthcoming.

As previously reported, the console features Mega Man 1-6, a wireless controller (a modified Sega Saturn mold), a rewind feature and save states. It will retail for $39.99.

We'll keep an ear out for more details. In the meantime, head to GameStop's page for more images.