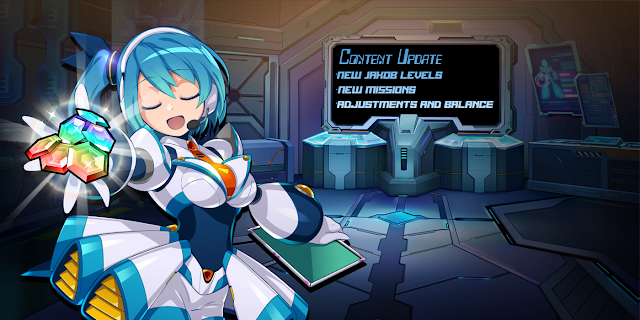 Due to the ongoing Legends event, this week's content update didn't bring anything too exciting. However, you still won't want to miss it as it brings more ways to get party coins, a new use for armor parts and tons of free elemental metal! All the info after the break!

The "Request from Eddie" event starts today and last until October 14 at 15:59 (UTC+8).
Basically we can exchange armor parts for "Eddie's Zenny Buckets" or "Compound Energy Storage Boxes". This is something players have been asking for for a long time. It provides another use for the countless armor parts that are essentially useless to veteran players, who only use high-level armor parts to craft their armor.
Recently, the dev team removed the ability to purchase Zenny with EM, so they are killing two birds with one stone. Perhaps, however, it's not as good as it seems. 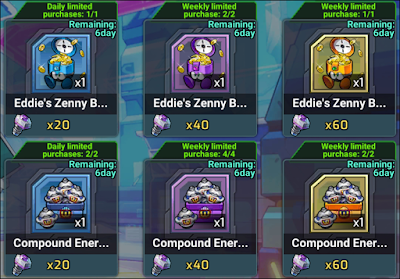 More levels have been added to the Jakob Orbital Elevator. Levels 61 to 65 for the normal and hard difficulty and levels 51 to 55 for the challenge difficulty.
What's more, as part of the Post-Festival Night Challenge, a good amount of missions have been added to reward players with more party coins. You can see the missions and how many party coins they yield below. 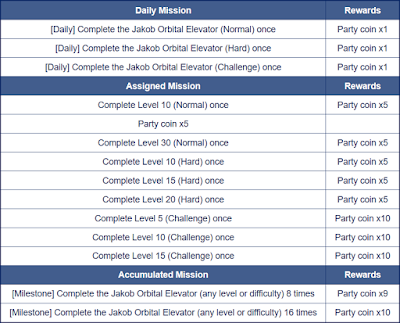 New missions have been added to the "Air Pirate Servbot" event. The usual daily missions like "Accumulate 2500 Event Coupons" or "Complete co-op 3 times" to name a few and the inevitable missions that will ask you to complete the event stage in all the difficulties.
And as part of the 200 Days Celebration, the development team is sending to all players generous rewards during three days consecutively.

New items have been added to the shop, all of them available until October 14 at 15:59 (UTC+8)
Lastly the PVP maps have changed, say goodbye to picking healing items in the practice mode map and characters like UAX, SAX and Awakening Zero plus many weapons got buffed. Unfortunately the official patch notes are not available in English yet but thanks to our friend Sonny and the Rockman X DiVE Wiki, we can read the translation of the Chinease patch notes HERE.
--------------------------------------------------------------
And that's all for this week. Halloween is around the corner and most likely the development team won't miss the occasion to prepare a scary event and new characters. Look forward to it!
Posted by Reploid21XX at 7:55 PM