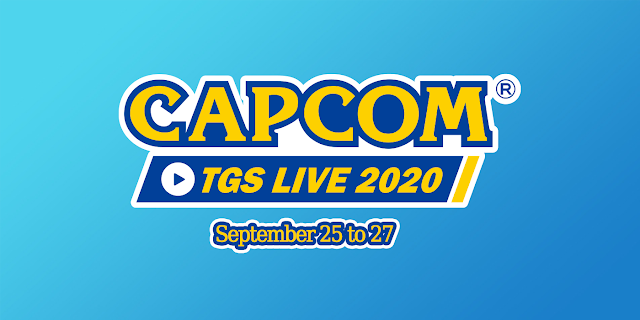 
Everything starts on September 25 with the broadcast of the "Capcom Special Program" on the official Tokyo Game Show YouTube Channel. With a duration of 50 to 60 minutes, Capcom will deliver the latest game updates and reveals. The only title confirmed for the program so far is Resident Evil Village.

On September 26 and 27, Capcom will be holding a special broadcast on their YouTube Channel for around 3 hours everyday. These broadcasts will feature development teams showing off their latest games and new information for each title.

For everyone outside Japan, we will be able to watch the stream via Capcom USA's Twitch channel with English subtitles. Check out the schedule below: 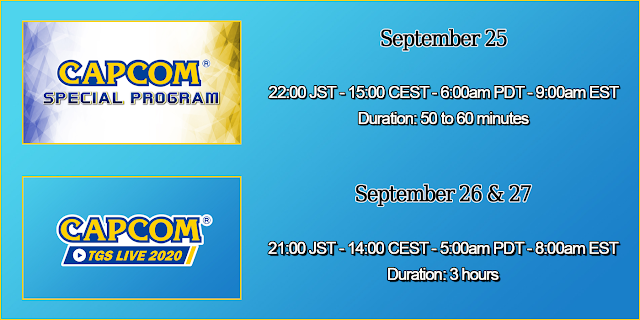 The only titles confirmed so far are Street Fighter V: Champion Edition (PS4, PC) and Resident Evil Village (PS5, Xbox Series X, PC). At the time of this writing, we don't know if the Rockman Series will have any presence at this year's show. Looking back at the last two years, though, Rockman 11 had a strong presence in 2018 and last year the Rockman Zero & ZX Double Hero Collection was present ahead of its February 2020 release.

In 2019 we also got the announcement of the Rockman × TEAM SHACHI Collaboration Project and a peek to the Rockman & Rockman X 5-In-1 Special Box  WIP box design.

Don't forget: the next major Rockman game entered pre-production in 2019. Mega Man series producer Kazuhiro Tsuchiya confirmed that "the next game to be developed has already been decided on". It remains to be seen if this title is ready to be revealed. We will have to wait and see.

On the other hand, Rockman EXE's 20th anniversary is just around the corner, too. And as we already know, Capcom are actively seeking partners to release products for the anniversary. Maybe we'll get some news at TGS... a collection, per chance? Who knows...

TGS could also be the perfect occasion to introduce Rockman X DiVE to the Japanese public as well.

The show is a mere three weeks away! We will keep you posted!
Posted by Reploid21XX at 9:29 PM