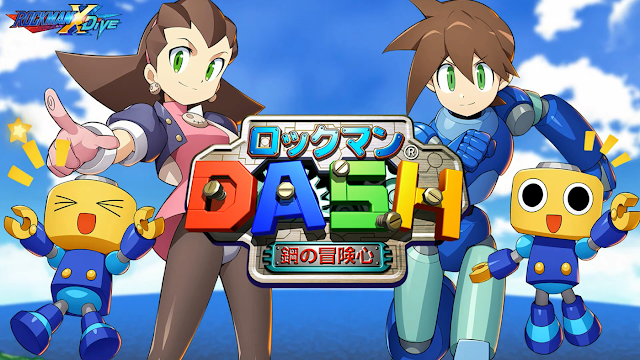 This event will bring Rock Volnutt as a free A rank character via the event stage. He is equipped with skills Shinning Laser, which shoots a laser beam that deals damage continuously to all the targets in range, and  Crusher which deals damage to all targets in range and will continue dealing damage at the point of impact.

He will grant you +20% bonus points and damage dealt in the event stage too.

Tron Bonne is an S rank character only obtainable via the gacha banner which also comes with the S rank weapon "Heart of Gold".

Tron's skills are the Gustaff which allows Tron to pilot the Gustaff and withstand a certain amount of damage while she pilots it. While riding the armor, she uses the Bonne Bazooka and the Beacon Bomb skills. The Gustaff will disappear after the durability meter is depleted, pretty much like what Model ZX does with Aile.

And her second skills is the Lunch Rush which launches an small army of Servbots forward to damage the targets in their way.

She will grant you +40% bonus points and damage dealt in the event stage too. 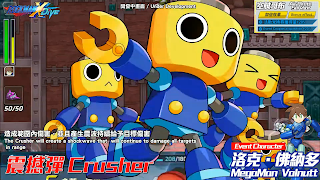 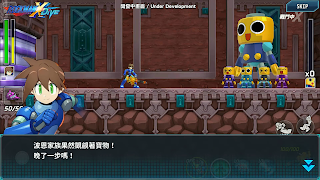 The boss for this event is a giant Servbot with four small Servbot companions. Maybe not the boss most people were expecting, but it fits the theme of the stage perfectly as it is a treasure hunt between Volnutt and Tron Bonne. Perhaps the boss next time will be Juno. We can only hope.

And speaking of the stage, it uses the Deep Forest stage as a base, conveniently repurposed as a mine from the DASH series. It even features the famous trash cans you knock down to find hidden elements. 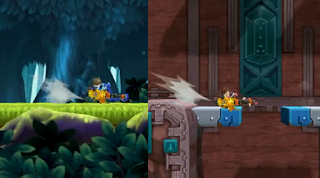 If you watch the trailer closely, you will notice that both characters can dash like the characters from the classic series and that's pretty much it until the event hits the game this Tuesday.

Let us know what you think!
Posted by Reploid21XX at 9:01 AM