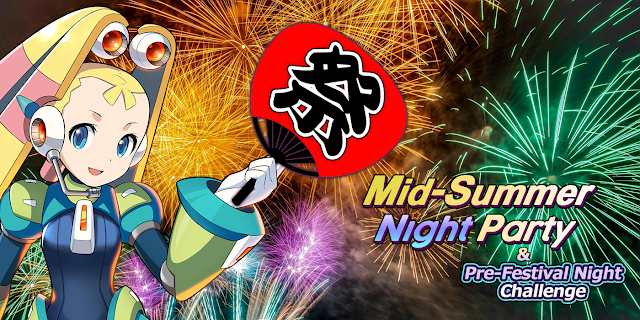 This week's banner bring us the limited weapon Destructive Laser or as the development team calls it, "Copy X prototype weapon".

The banner starts today and last until September 17 at 15:59 UTC +8 and will yield a guaranteed S rank weapon in the 1st, 3rd and 5th draw of a 10-pull. This weapon also gives you a +40% points/damage dealt in the "Messiah" event.

Check out the trailer and weapon skills below!

The next Rockman X DiVE event will be based on a Japanese traditional "night festival" and will bring a new character, a character skin, a stage decorated with the signature elements of this kind of festivals like fireworks and lanterns and of course a boss themed accordingly with the event (see image above). While we wait for the Fireworks and Lantern Festival to begin, some related events have already started.

From today and until September 16 at 22:00 (UTC+8) the "Pre-Festival Night Challenge" will be running which consist in the following missions:


The missions will yield 100 "party coins" that later you can spend in the store, more on that later.

Starting today and until October 14 at 15:59 (UTC+8) the "Mid-Summer Night Party Capsule" will let players draw a FREE 10-pull each day with a guarantee S rank memory in the 10th pull. But that's not all -- the banner will also give us 10 "party coins" each day!

350 pulls, 35 guarantee S rank memories and 350 party coins for free, this is one of the most generous offerings the dev team has given us... but there is a catch. The guaranteed S rank memories will give you one memory as opposed to a full character or weapon like the other gacha banners. To make it worse, the banner also mixes characters and weapons with normal items.

Not all that glitters is gold but this is still a sweet deal because the "party coins" will give you a full S rank character. These include Ferham, Sigma or Second Armor X. Below you can see what you can purchase with the "party coins". 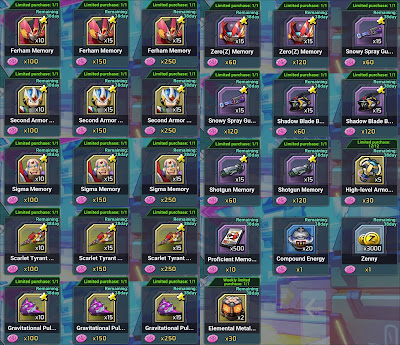 According to the update notes, by the end of the event we will have 690 "party coins", plan carefully what you are going to buy.

The Weapon Development Challenge and the Roulette are back until September 22 at 15:59 (UTC+8).

By completing development challenges focused in the following weapons: Pyro Executioner, Sniper Buster, Crushing Spray Gun, High-Speed Rifle and Military Buster you can get tokens that later you can use to spin the roulette. Each spin cost 3 token and the best rewards are a ticket for a special weapon banner and a weapon memory supply box III.

Each day you can get 3 free tokens and some more by reaching the required level in the weapon gallery. 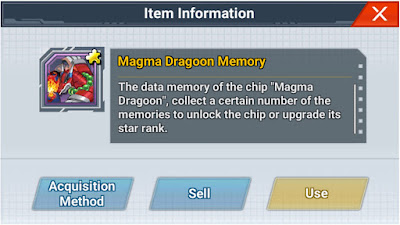 The  Jakob Orbital Elevator is back with new levels. Levels 51 to 55 for normal and hard mode and levels 41 to 45 for challenge mode.

New missions have been added for the Messiah event, the usual milestones for completing all the difficulty levels and daily missions like "complete co-op 3 times", "accumulate 2500 event coupons" and more.

You can check here if you want to know what memories have been added to the store and a few other small bits of info.

We are just getting started with the Festival Event, below you can read the list of events that are expected to happen. The first two are taking place right now.


Looks like this event might keep up us busy for the rest of the month and October is likely to have a Halloween event. Let's us know in the comments your ideas for characters and Halloween-themed skins!
Posted by Reploid21XX at 8:09 PM