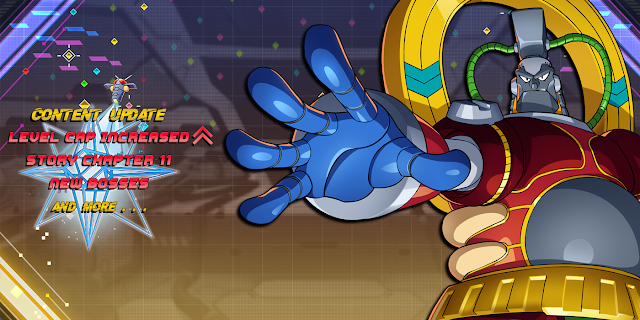 The "Limited Capsule for the Post-Launch (half year) Party" is available starting today until September 29 at 15:59 (UTC+8). It's based on the results from the Popularity Battle Poll.

To commemorate the first six months of Rockman X DiVE's availability, you can draw one time for the banner for free each day. This banner gives you x5 chances to draw Ultimate Armor X and the Explosive Blower. 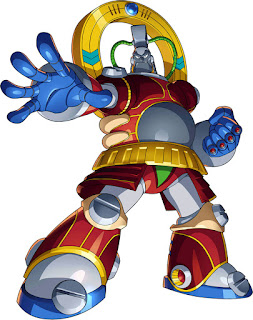 Chapter 11 for the Story Mode is now available, too. It takes place in the Old Field and the boss is Byte from Mega Man X3. Chapter 9: The Cyberspace stage is now available to play in hard mode as well.

The level Cap has been increased to 110 and with that, we can craft a new armor and level up weapons and chips.

A new DiVE Trigger has been added: Perfect Protection Program which gives you invulnerability that protects you from all kind of damage for 2 or more seconds.

We got 10 memories of Magma Dragoon chip in level 55 of Jakob Orbital Elevator. But now, thanks to his addition to Boss Challenge, we can get the rest to unlock the chip. It fires round flames that inflict burning status. 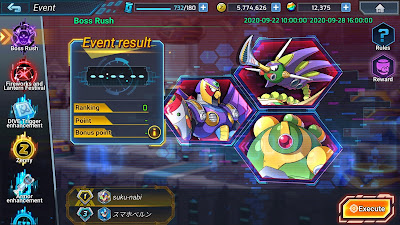 Boss Rush is also back for another round. This time the bosses are Storm Eagle, Toxic Seahorse and RT-55J. The main attraction are memories for the "Destroyer" launcher but you can also get many other rewards from the offline and online rewards list.

By accumulating the following amount of points, you can also get extra rewards:

The Jakob Orbital Elevator is back with levels 56 to 60 for normal and hard mode and levels 46 to 50 for challenge mode. The boss for level 60 is a dual battle against Bit and Bospider. 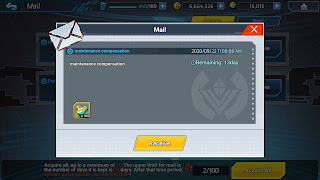 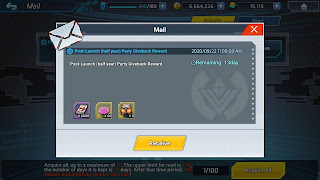 Upon entering the game, you will receive some rewards. First is 100 EM, which is compensation for the maintenance period this morning that was extended by one hour. The other rewards is part of the post-launch event.

Additionally, another backup slot can be unlocked if you are player level 70. What's more, the development team will remove the ability to purchase Zenny with EM on September 29.

If you are interested in the items and EM packs added to the game today, you can read about them here 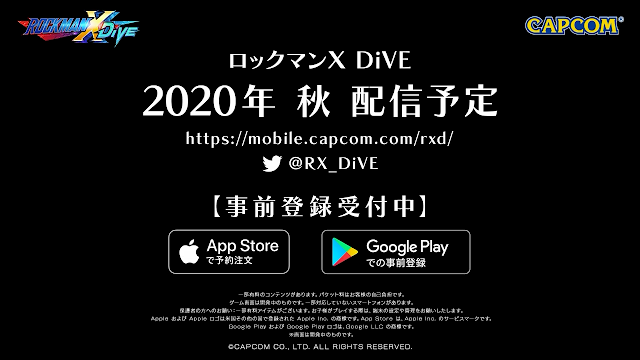 Early this morning, it was discovered that Rockman X DiVE is readily available for pre-order on the Japanese iOS store and Google Play Store.
It's expected to release on October 31, although that could be a tentative date. Furthermore, Capcom Japan has a trailer hidden on their YouTube channel and an official website and twitter account prepared for when the game is announced, too.

It is very likely that the Japanese version of Rockman X DiVE will officially be announced during TGS this week, if not sooner because the trailer was leaked. By the look of things, Capcom Japan will be handling the marketing in their region and perhaps other aspects of the game.

We can only hope this is the beginning of the game reaching additional key regions, like North America and Europe.

There is a lot of content to play this week. Take your time to enjoy it and come back to tell us what you think in the comments!
Posted by Reploid21XX at 9:23 PM