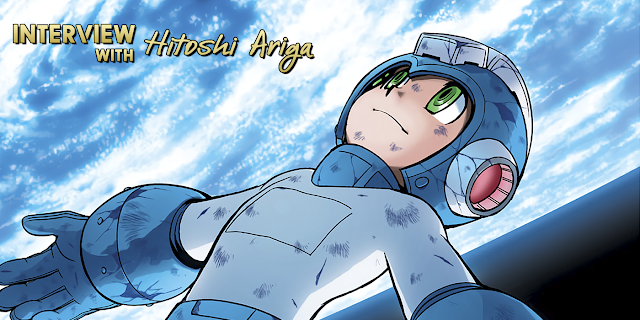 
The first two questions were asked by FikraKW and the rest were by us, Rockman Corner.

If I'm not mistaken, you are known for illustrating and drawing Mega Man or Rockman in Japan. Do you have a favorite illustration that you have done for Rockman? 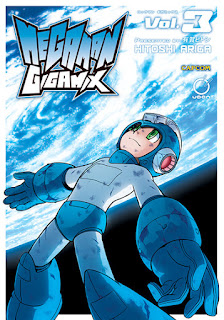 I really like this because this was drawn for Mega Man Gigamix, the very final volume of that series. And the idea was to show Mega Man as he was defending a bright blue earth. And you will see that Mega Man looks a little beat up in this illustration because he has gone through a lot.

Would you say you have more freedom working on manga than video games?

For example in the Mega Man comics I was given a lot of freedom to illustrate them they way I wanted so I was very happy and lucky to have gotten that kind of work.

Did you play Mega Man 11? What do you think about the game and the new design for Mega Man and Roll?

Yes I did play it and I did beat it. All of them (designs) were very good and I liked them a lot. I think they were updated very well and they did a good job modernizing Mega Man.


Any chance you will work on a Mega Man manga again?

I would love too. Capcom and I have a very good relationship but I can't obviously go off and write it on my own without permission, but if Capcom ever does come to me with another offer, then I will be more than happy to accept.


Have you read the Mega Man Archie comics? If you did, what do you think about them?

I did read them and I think they were great.


Can you give us an update about the Mega Man X: Mega Mission manga? Is the project still active? It was announced by Udon two years ago but it was never released. 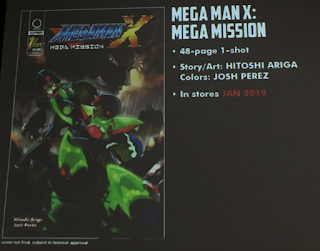 I did finish my work for it but I have to imagine that maybe Udon is busy coloring the manga because I made all my illustration in black and white, there is no color. I think maybe is just the fact they are not done coloring my manga and that's why is not out yet.

What is his your opinion about Mega Man Mastermix coloring job?

The person that colored it was Josh-Sensei (Josh Perez) who also worked with me on the Klonoa manga so I feel very assured when I'm working with him on coloring.

I'm very satisfied working with him because there are times when I needed revisions to be made and Josh-Sensei was very responsive to my feedback. For example, Josh-Sensei sent me a complete colored page and I requested some small changes and they were done, it was very nice.

You had a close relationship with Inti Creates in the past. Any chance of working with them again, maybe on a Gunvolt manga?

I guess it depends on what Inti Creates wants, I can't decide that on my own but if they are down with it, I will love to work on this. I think Gunvolt is a pretty interesting series.

In case you are wondering about the Mega Man X: Mega Mission manga, it was first announced on July 2018 with a planned release date for January 2019. The comic was never released.