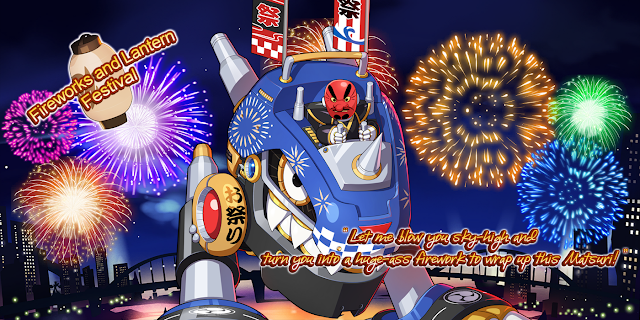 You can see both skills in motion here. 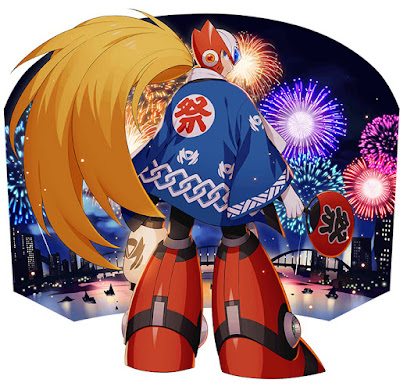 Converts energy into frost in an upward spiraling attack, causing 150% damage to targets along the path and Slow.

Launch a fan to deal 100% damage to all targets in its path. Once the fan penetrates a target, its damage will reduced to 25% and it will return to your location after traveling specific distance.

Mobility: The preparation time of Hyouryuushou is reduced by 20%.

Power Increase: Increase the damage rate of Souenbu by 5%.

Target Lock: Locks on a target that has been hit by Souenbu; when the target is hit again by Souenbu, the attack will deal additional 37.5% damage.

The "Fireworks and Lantern Festival" banner starts today and ends on September 29 at 15:59 (UTC +8) and comes with the S Rank launcher "Cannon God" which main features are its ability to penetrate targets, landscapes and barriers plus adding a large hit box to your shots. 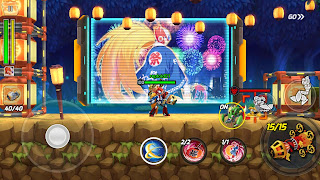 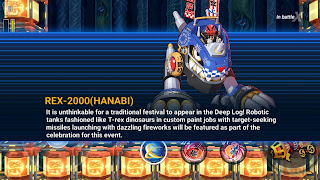 The event stage takes place in the Deep Forest area and is probably one of the most visually stunning stages the game has had till now.

The stage is filled with bright lanterns and fireworks. You'll be climbing trees until you reach the boss room while fighting enemies dressed accordingly for such an event. As for the rest, it's the usual business: you have to finish the stage and do it with more than 30% of health and get the 4 hidden purple elements to get the three stars and with that, the maximum amount of coupons.

Below you can see the list of characters and weapons that yield more bonus and the list of rewards you can get by exchanging coupons. As you can see, this time the saber "Festive Specialty" is the main attraction. 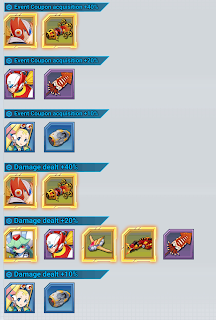 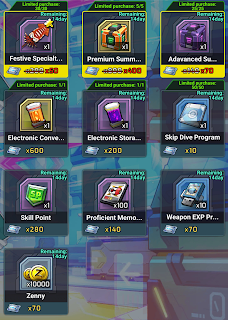 Due to some bugs, the development team are compensating players that own Zero(Z) and/or Proto Man with 10 memories of each character plus 1500 coupons for the already finished "Messiah" even. This is all due to a bug that prevented players from finishing the stage after using a "continue". 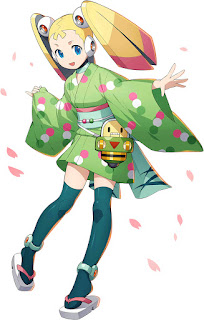 This week's update also brought a new skin: "Yukata Pallette". The method to obtain this skin is not exactly as it was with previous skins like "White Day Zero", "Marino Quicksilver" or "Swimsuit Alia". This new skin is more akin to "Swimsuit Layer" recolors, you have to buy it using in-game currency as opposed to getting it for free by participating in an event.

Although this is not cheap (and we're accustom to getting skins for free), via the event "Festival Treats for the Loyal Players" you may end up getting "Yukata Pallette" for free or nearly free thanks to the 12 EM boxes you will be getting (one per day during 12 days). When it comes to the skin price, this could set a precedent for the future, so we will have to keep an eye on how things develop moving forward. 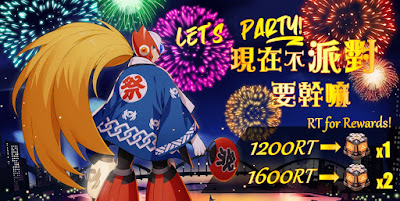 And that's all for this week. While the "Fireworks and Lantern Festival" continues next week, there are a few events coming to the game related to the "Mid-Summer Night Party": "Beat the Troublemaker", "Semi Anniversary" and later the "Post-Festival Night" event that will let us gain 180 party coins.

Lastly if you want to check the items added to the store, you can view them here.

Let's us know in the comments what you think of the event stage and tell us if you had any luck in the gacha banner!
Posted by Reploid21XX at 8:35 PM