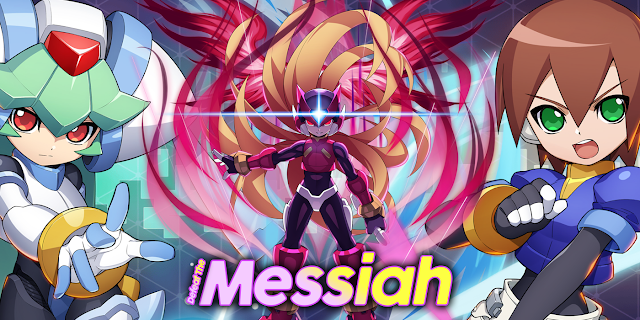 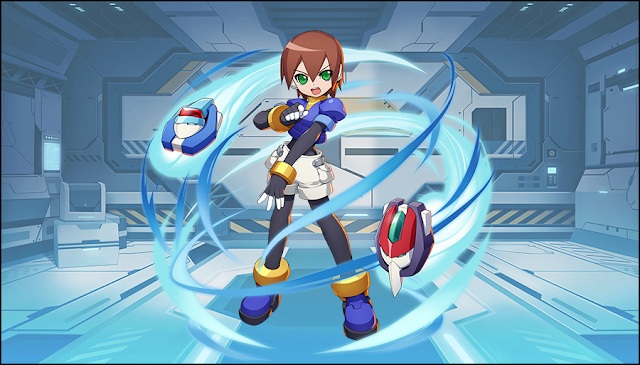 Resonate with Biometal to gain enhanced damage and replenish Biometal Energy by 35.

Power Increase: Increases the damage rate of the ZX Saber by 5%.

Soul Protection: Reduce the damage you receive by 15% when your Biometal Energy is at 50% or lower.

Soul Reverberation: Increase damage you deal by 15% when your Biometal Energy is at 50% or higher. 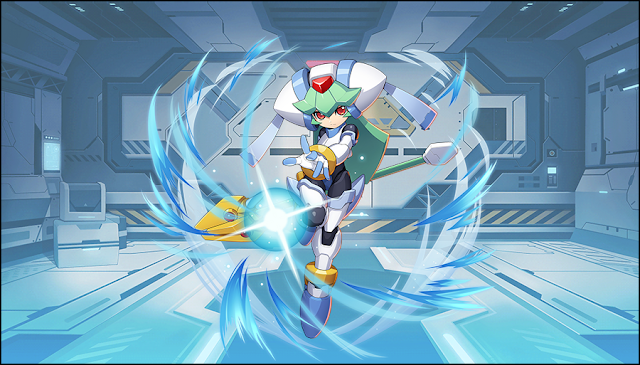 Summon an Ice Doll that bounce along the ground, dealing 174,60% damage to targets along its path and cause Slow; after penetration, its damage will be reduced to 50%.

Summons a plasma ball with homing effect, dealing 229,50% damage to target when hit and render it immobile.

First Movement: Summons Ice Doll and funnel at the same time. The funnel will shoot ice shots at the target automatically to deal damage. Funnels will disappear after attacking 6 times or after 6 seconds.

Second Movement: Summons Homing Plasma and funnel at the same time. The funnel will shoot lightning shots at the target automatically to deal damage.  Funnels will disappear after attacking 6 times or after 6 seconds.

Dance of Magic Wand: Renders invulnerability when you use this skill.

Upon login, you will recieve the Mega Man ZX event sign-in reward, 20 EM for a total of 440 EM after you login during 14 days. You will get 100 EM too as a compensation for an issue that occurred during the end of the Boss Raid event. What's more, new achievements have been added to the mission tab. You'll probably complete some right away, meaning more EM added to your pocket.

The "Messiah" event starts today and last until September 16 at 16:00 UTC +8. The event takes place in the Oil Field stage and it works as it did in previous events like the Mega Man Classic or the Zero Series event.

Basically, you challenge the stage to get coupons that can later be used to unlock rewards in a list divided in five phases. When you unlock the best reward, you can move to the next phase or stay and keep unlocking all rewards in the current phase. 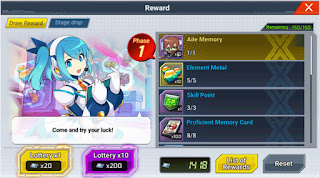 This event is where you will acquire the memories needed to unlock Aile. After getting the best result on phase 1 to 3, you will have enough memories to unlock her. From there, you can keep playing to unlock more rewards, most notably 30 memories of the Triangle Saber on phase four and 5 memories of Aile from phase five onward.

Below you can see the characters and weapons that will give you extra benefits in this event. 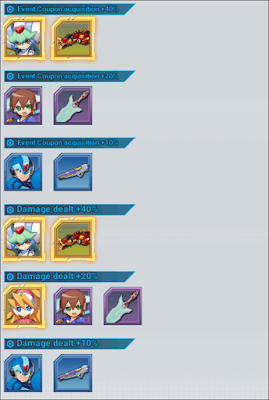 As usual, to get the most coupons from the event, you need to find three purple elements in the stage. If you need some help finding them, you can check this guide . 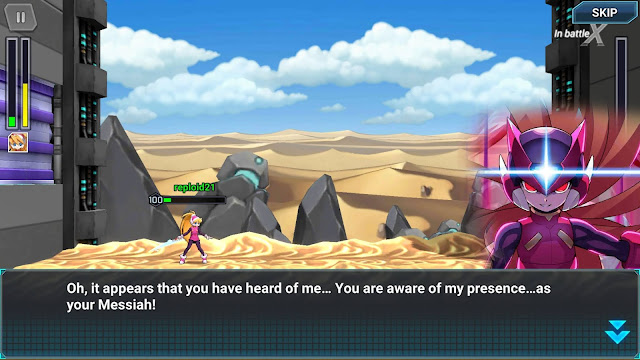 New to this event (and added by popular request), there's an actual story. Now all they need to do is get the correct music tracks and make proper levels for events like they did for the Summer event instead of recycling stages. Baby steps I guess.

Two social media reward campaigns are running right now. One on Twitter (left image) and another one on FaceBook (right image).

On Twitter you have to retweet the following tweet and everyone across all servers with get "Elemental Metal Supply Boxes" when the required amount of retweets is reached.

Most of the time they give us a set amount of EM but this time they are giving EM supply boxes which are subject to the game RNG which could mean we are getting less EM depending on luck.

Lastly this memories have been added to to the store, available until September 10 at 15:59 (UTC+8).

And that's all for this week, nothing more going on besides the ZX Series event. Next week there won't be any new characters. You can chill and keep playing the "Messiah" event and save EM for whatever comes next.
Posted by Reploid21XX at 6:50 AM