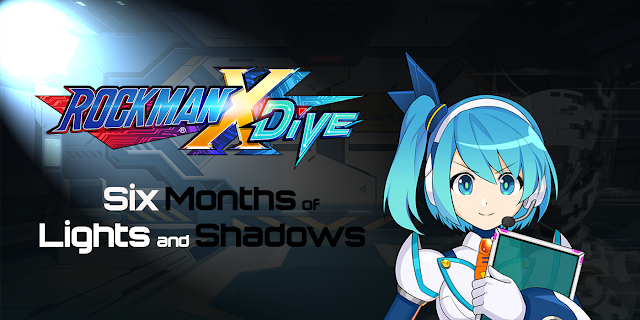 It's been quite a journey since we had the chance to sample the game for the first time back in September 2019. That was followed by six months of waiting until the game was finally released on March 24th, 2020.

Love it or hate it, but the game has ignited the Mega Man community like no other. Content creators like us talk about it almost on a daily basis, not to mention the Rockman X DiVE Fan Discord channel is bursting with activity. Of course, not everything has been good. As it stands today, Rockman X DiVE is a mix of lights and shadows: good and bad, things that work and things that don't. 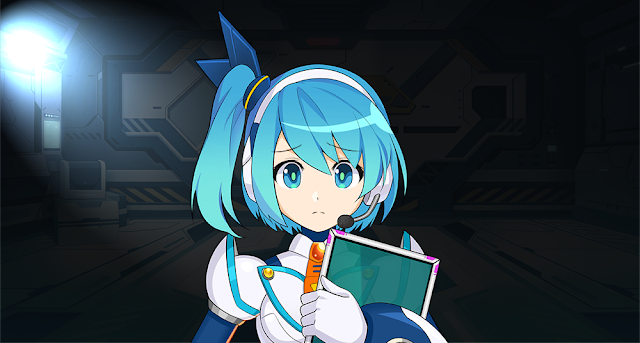 It's inevitable to talk about the "shadows" first, really. It's unfortunate but they cloud the game almost every time the development team shares any kind of information.

Is that hard to triple-check?

There is no way to sugar coat it: the development team's communication is mediocre at best. We are going to put aside their English which, to be fair, has improved since launch (at least when it comes to in-game dialogue). But their mistakes keep piling up. They are not an exception, but the norm.

Whether the X DiVE team are short-staffed or not, a lot of their mistakes could be fixed by doing spellcheck in a text processor... which is something that they clearly don't do. It's not uncommon to find typos in skill descriptions, in-game stage dialogue or even in their trailers. Who can forget the notoriously famous misspelling of "Maverick" as "Marverick", "super cute" as "spuer cute" or "Yukata" as "Yutaka", just to name a few.


This is not a matter of the development team not being native English speakers, let alone the chance that they may not have someone on the team fluent in English. This is a simple matter of paying attention; doing proper testing and even triple-checking every piece of text they write.

At the end of the day, this doesn't ruin the game itself for me. However, the typos are a common occurrence and it really has to be mentioned.

Since day one, the game has been plagued with all kind of bugs. The most recent example being a bug that prevents sound effects from playing properly. But let's not forget some old favorites:

The list goes on and on, really. And if you're looking for a testament to how many issues the game had, look no further than the countless compensation rewards they sent to players' in-game mail. It's a lot.

Music has been particularly disappointing for me. While the few original music tracks are good, the game barely received any new remixes of old music, with the only stand out being the Jakob Orbital Elevator track. It's also not uncommon to play events where the music doesn't even match the series or the tone of the event. There's clearly some work to do in this area.

As for inconsistency, this is mainly about the team's inability to match the 2D art when creating 3D character models, such as incorrectly colored body parts. Better yet, an example of how careless they are, during the White Day event, they left in a "gettyimages" watermark in one of the Gigantic Mechaniloid CF-0 textures. There has been a few mistakes in the animated 2D artwork, too. Again, there is a layer of double or triple checking missing here.

As for the gacha rates, they are low and it's obviously a frustrating mechanic most of the time. The dev team attempted to fix it by raising the drop rate and adding an exchange list that, in reality, is aimed for people who spend real money. After all, what are the chances that you'll spend 25K EM in a banner to get the exchange points necessary, in case you don't get the character from the banner?

To the team's credit, they tried to make it better. But when all is said and done, I don't think it made that much of a difference. On the other hand, they are usually very generous with rewards; the vigor and party coins pretty much give us a few S ranks characters for free, too. That's a nice trade off.

But all in all, most of the game's profit is made from the gacha system. Naturally, it will be hard to find a balance between making money and trying to keep the "free to play" players happy. However, other gacha games seem to operate more kindly to "free to play" players. Perhaps the dev team can learn a thing or two from them?

The list of issues goes on. And I have to say, this is not me nitpicking. Everyone that closely follows and plays the game on a daily basis is aware of them. In its current state, Rockman X DiVE is not an operation that's smoothly run in any regard, be it gameplay or marketing. So for many of us, that begs the questions of, if Capcom Japan are really supervising the game closely enough, shouldn't they be giving Capcom Taiwan what they need? A larger budget? More staff?

Regardless of which branch of the company we're talking about, there is a certain high-quality pedigree to Capcom that players come to expect. Whether it's a mobile title like Rockman X DiVE or a "major" title like a hypothetical Mega Man X9 or Mega Man 12, there is a degree of quality we expect. Rockman X DiVE is very much an official game. It should be treated as such. 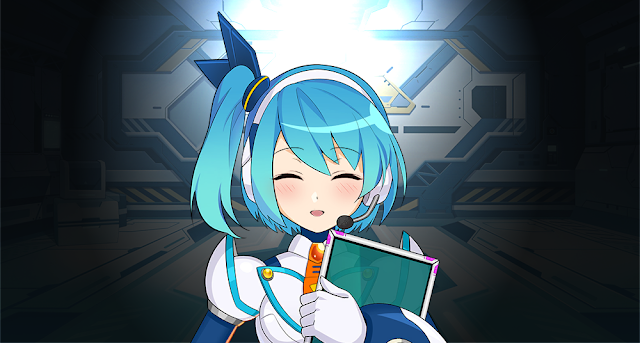 Now, not everything is bad. I, personally, find the game entertaining and worth spending 30 to 60 minutes of my time everyday playing it.

The basic core of the game and all the crafting and customization mechanics work well and are deep. The game has plenty of game modes and events to keep you busy. Barring some slowdown and lag issues in PVP, I think the game plays well

The game has good graphics and animation, at least when playing on a phone, and we can't forget all the beautiful artwork drawn by Keisuke Mizuno and Capcom Taiwan's staff. The extra effort they put into animated the artwork is always eye candy, too.

Since day one, it's been pretty clear that the development team are fans of Mega Man. And like most of us, they are passionate and a bit nerdy. Some people might think at times they are borderline unprofessional but, personally, I like it. In an industry that is ruled by cookie-cutter Public Relations, this "offbeat" fun has been a trademark of Capcom Japan with the Capcom TV crew's shenanigans and of course with Ucchy-san running the Rockman social media. They have so much fun doing what they love and it shows.

Another thing to appreciate about them is that they have listened to players' concerns. They don't get it right all the time, but they are trying which is more than you can say about other developers out there.

While there is still a long way to go for the game to become truly great, at least we know our voices are heard. 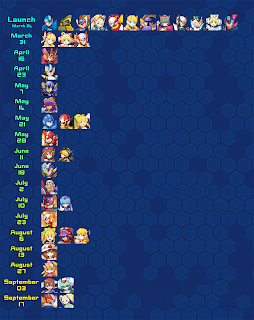 Talking about the roster is always complicated. Everyone has their favorites and no matter what the developer does, they can't please everyone.

To begin with, the fact that the game has such an appreciation for Command Mission is already a win for me. Granted the complaints about "too many Zeros" are legit, but the fact that they manage to bring characters from the Classic, Zero and ZX series in less than 6 months is remarkable in my opinion. And that's not the end as two more series will join the deep log before the year ends, too! And the possibility of them, pushing it to add a third series is not far fetched.

As far as bosses go, we got to fight Wolf-Sigma, Magma Dragoon, Toxic Seahorse and many more. I can't only think of one boss that really disappointed me, Omega, whom I don't think was a good choice for the ZX event.

Bottom line, I think Rockman X DiVE is a good game with a lot of untapped potential. And while the game has some issues, I still enjoy spending some time everyday with the ultimate Mega Man fan service.

Now that the game has been officially announced for Japan, my hope now is that Capcom Japan will keep a closer eye on what Capcom Taiwan does with it. Perhaps even increase the budget and staff for as they should ideally be gaining more of a profit with an additional region.

One can only hope the release for North America and Europe is close. Let's us know in the comments what do you think about the game!
Posted by Reploid21XX at 1:41 AM