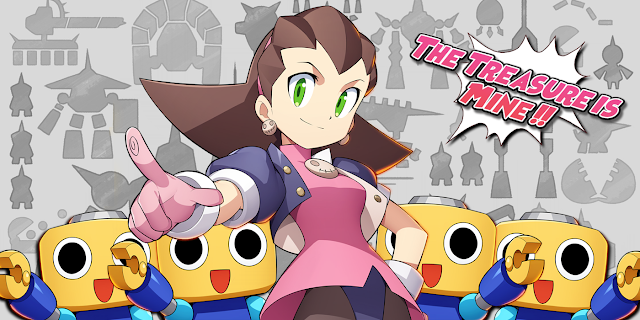 
Like always, let's start with the character skills for Mega Man Volnutt and Tron Bonne.

Shoot a laser beam forward that deals 78% damage to all targets in range continuously.

High-speed Shock: The damage registration of the shockwave is accelerated by 30%.

Mobility: The preparation time of the Shining Laser is reduced by 20%.

Mobility: The preparation time of the Crusher is reduced by 20%.

Adventurous Spirit of Steel: When HP is 50% or higher, reduce damage taken by 10%. 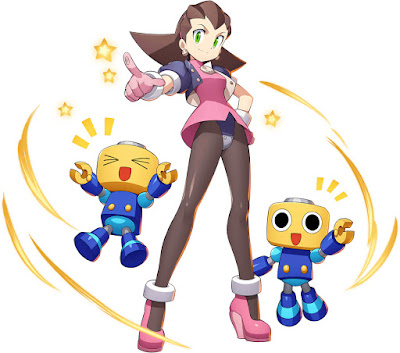 Ride Armor Gustaff is capable of taking up to 225% damage. When it is active, your weapon will automatically change to Bonne Bazooka and you'll be able to use Beacon Bombs. The Ride Armor will deactivate once it's endurance reaches 0 or after a specific duration.

Order the Servbots to charge forward, dealing 170% damage to the target.

Immobilize Resistance: 40% chance to become immune to the effects of Immobilize; the same type of chance can be stacked.

Mobility: The preparation time of the Bonne Bazooka is reduced by 20%.

Jamming: Cause interference when Beacon Bomb hits the target to dispel a new buff 1 time.

It's Show Time: Remove all negative status you have when riding Gustaff.

All-out Attack!: When Beacon Bomb hits the target, you will be able to use Lunch Rush again, but this effect can only be triggered once more after 10 seconds.

The Rockman DASH event and the "Air Pirate Servbot" event stage is already live and last until October 14 at 15:59 (UTC +8).


With this banner comes a new "pity system". You can get some EM back after you pull from the gacha a certain number of times and if you manage to get Tron or the Heart of Gold weapon, you will get some party coins. 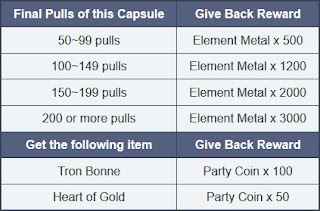 Mega Man Volnutt appears in the area lured by the rumors of incredible treasures buried in the depths of the forest. He warns RiCO and the player that Air Pirates seem to have set eyes on the treasure too. Together, they venture inside the mine until they meet the Bonne family at the end of the level. What happens next? I will let you discover it for yourselves!

As always, certain characters and weapons grant you more coupons and damage dealt. You can check them out below. 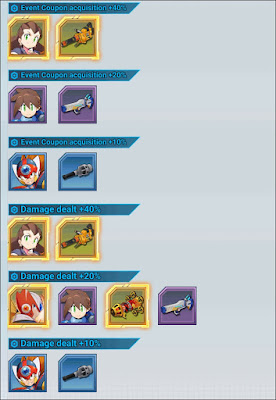 When it comes to rewards and unlocking Mega Man Volnutt, basically, you challenge the stage to get coupons that can later be used to unlock rewards in a list divided in five phases. When you unlock the best reward (Mega Man Volnutt memories), you can move to the next phase or stay and keep unlocking all rewards in the current phase. 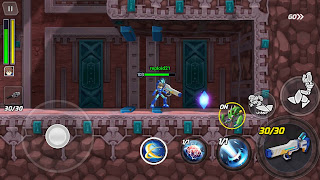 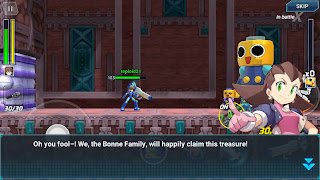 As cool and exciting as it is to have the Legends series in the game, it's disappointing that the level lacks a music track from the series. Instead, we have to listen to Wood Man's track again. On top of that, the enemies are just enemies we have seen already in the game with a new coat of paint to make them look like enemies from the Legends series.

Let us know what you think of the event stage in the comments!

The name of this event sounds interesting but its nothing more than another event like the ones we had in the past where the game asks you to complete missions to get program segments or coins. This time, you collect "bunny parts". Later you can exchange them in the store for different rewards.

You can get "bunny parts by completing a certain number of story, challenge and co-op stages on a daily basis plus a bunch of missions and milestones. 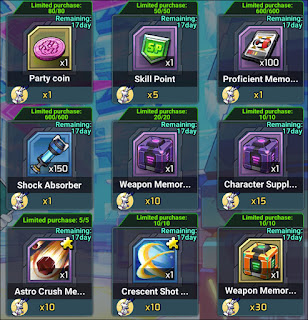 Probably the most interesting thing to get are the party coins which you can use to get memories of a few S rank characters and weapons. 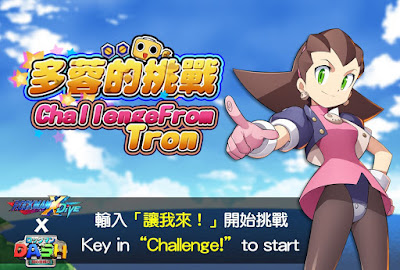 What happens next? I will let you discover it by yourself but if you don't want to bother or you don't use FaceBook, redeem this code: BPZBL64RX7 in the following website.

Upon login into the game you will get 100 EM as compensation for a small delay during the maintenance period and finally the development team has acknowledged the game has some issues playing sound effects correctly, we can only hope is fixed soon.

Lastly this content update also brought some fixes, adjustments and next items added to the store, you can check them here.

So that's all for this week, next week the update and maintenance period will take place on Wednesday while the Legends event continues.

Good luck diggers!
Posted by Reploid21XX at 8:28 AM