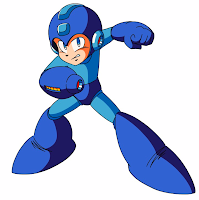 A playable build of Mega Man 10 will be featured at the Japanese World Hobby Fair on January 17th, according to Capcom.  Announced during the Mega Man 22nd anniversary live webcast, the demo will mark the first time MM10 will be playable to the public. Only the WiiWare version will be on-hand.

The World Hobby Fair will also play host to the first Operate Shooting Star tournament, the "Survival Netbattle NEO."  Participants will be awarded with two secret Battlechips, Forte F and Burai B, and receive an exclusive OSS notebook.
Posted by Protodude at 12:33 PM