It was only a matter of time. Nintendo Power confirms Mega Man 10 for WiiWare... 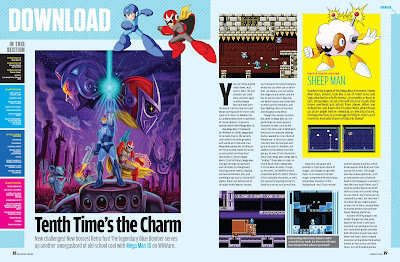 - Mega Man is looking for a vaccine-making device to fight the 'Robotenza', which causes robots to overheat and go crazy
- play as Proto Man right from the start.
- third playable character yet to be revealed.
- computer-themed stage with mouse pointer enemies that draw boxes to throw at you, color-changing disappearing blocks, power treadmills and more
- lava level, vertically oriented, lava pools, block shaped enemies that can duplicate themselves, conveyor belts that push you down
- Only robot master revealed is 'Sheep Man.'

UPDATE:
- Sheep Man: turns into 4 clouds that hover above and attack with lightning, earn Thunder Wool for lightning attacks
- features an easy mode 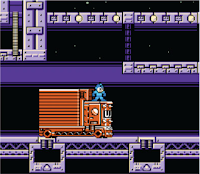 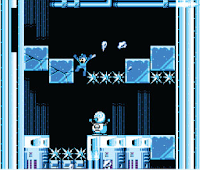 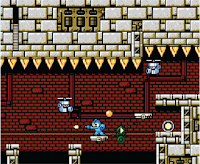 UPDATE (12/10/09): If rumors are to be believed, MM10 will have some form of multiplayer and Bass as the third playable character. Courtesy of GoNintendo:


Reader SeiferA sent in this rumor a few days back, but I held off from posting. Basically, it was a collection of rumored info on Mega Man 10. The post itself is dated from November 21st. When I first read through, I thought the information to be a little too detailed to be spot-on, so I held onto it. Imagine my surprise when Nintendo Power confirmed the game today.

Below I've posted the info, word-for-word. As you can see, there is plenty of information that was 100% correct. There's also some other information that hasn't been revealed yet. It may be mentioned in the full Nintendo Power issue, or Capcom might be holding onto it a bit longer. Of course, it could be fake as well. With that said, I feel that I have to share it with you, since the majority of the info turned out to be the real deal.

It will be WiiWare and keep the 8-bit style. 360 and PS3 seems likely, but I was only outright told WiiWare.
It will have no relation to Mega Man X (just pointing this out, since some people might think they might choose to do that with X equating to 10.)
Both Mega Man and Proto Man are playable (it appears Proto Man will be unlockable, or become available at some point midway through the game.)
There will be DLC to play as Bass. His gameplay will be based on how he played in Mega Man & Bass.
The ’story’ is basically as such: Robots get a virus that makes them sick. Roll catches it, Mega Man has to get Wily’s help to find a cure (Wily claims he has nothing to do with it, but… yeah), and the 8 bosses each hold part of the cure.
And here is the biggy… it will be two players. No idea if story mode will be two people, or if there will be some specialized two player mode though.
And oh yes… it’s far enough along that it is already being translated into English.

Make of this what you will.  Full story at GoNintendo.

More updates as soon as they come in. I'll be keeping you posted!
Posted by Protodude at 5:07 PM