Capcom plans on distributing a handful Operate Shooting Star merchandise at a special "demo play" event on December 20th in Chiba Prefecture, Japan.  In addition to the usual suspects like stickers and posters, Capcom will also give away a special OSS coffee mug: 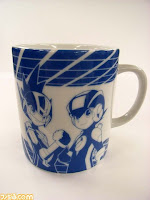 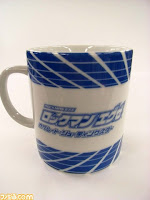 For those of us living outside of Japan, be on the lookout for the mug to become available at online import shops, or even Capcom's own auctions and raffles service, whose track record of giving away mugs is pretty high.

[via Famitsu]
Posted by Protodude at 4:48 PM