This week's Famitsu is slowly beginning to leak out, and according to early reports, Mega Man 10 will indeed arrive on all three home consoles (Wii, PS3, X360), as indicated by the magazine's preview of the game:

The preview also touts a couple new screenshots, and reveals the Japanese subtitle for the game: "Rockman 10: Threat From Outer Space!!"

More info as it comes in. 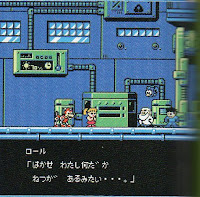 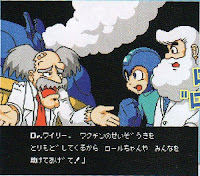 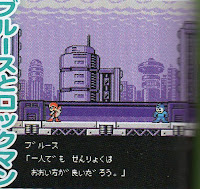 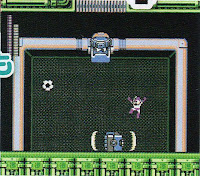 Based on the dialogue, we can conclude the Roll does indeed succumb to Robotenza, and Mega Man seeks help from Dr. Wily and Proto Man.
Posted by Protodude at 7:34 PM