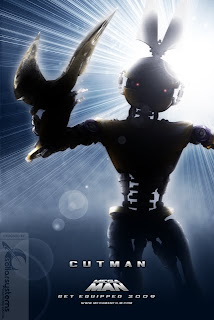 After a little delay, Eddie Lebron returns with more updates regarding the status of his upcoming, live action Mega Man fan-film.

Currently, Eddie is devoting his time to the completion of the finale, which he describes as the most complex scene of the entire film. Once this scene is appropriately edited, the film will move even closer to finally being completed. Additionally, there is some work to be done on the score and VFX.

To generate hype for the film and reinvigorate interest in the official blog, visitors are being asked to send in their questions and comments to the film's actors. Questions asked before Friday, the 11th, will be presented to the cast who will answer them personally.

More updates expected to appear on the project's official blog.
Posted by Protodude at 4:02 PM