Fans of the Rockman DASH series will recall that main character Rock Volnutt was actually an honorary servant of The System of Elysium, bearing the title of "Rockman Trigger".  In DASH 2, it was revealed that there were other beings like Trigger, so called "Rockmen" who served the System with varying roles and occupations.  Unfortunately, we never got a good look at these Rockmen characters, but with the arrival of the newly released "Capcom Special Collection Rockman DASH 2" art book, we now have ourselves something to ogle at. 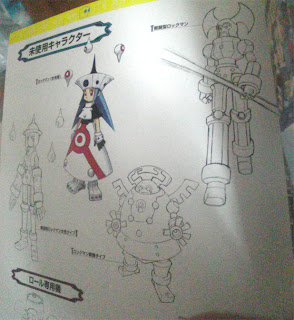 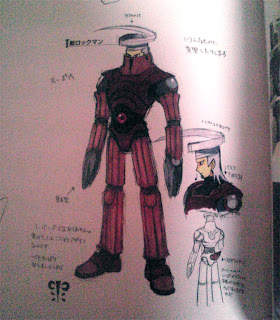 Depicted above, a whole slew of different Rockmen: battle units, female units, semi-humanoid units, and a mysterious Rockman who would have been an enemy to Rock Volnutt.

Truly, quite amazing to see these unused concepts after all these years. I can't help but hope that these designs will be put to good use in the future. It'd be a pity to see such awesome designs go to waste.

[via The Mega Man Network]
Posted by Protodude at 8:50 PM