Why Is the U.S Devroom Still Online? 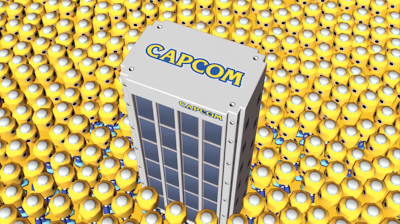 Although the Japanese branch of the Mega Man Legends 3 Devroom shut its doors for good in July 2011, it's U.S counterpart continues to remain online. Today, it's a place for Legends enthusiasts to congregate and work toward fulfilling the efforts of the Get Me Off the Moon campaign.

That's all well and good, but sometimes you have to wonder: why is the U.S Devroom still open? What long-term purpose does it serve to Capcom (if any)?  Former Devroom community liaison Greg "Gregaman" Moore recently took to the Ask Capcom forums to provide some insight...

"Seth and I actually discussed this decision at great length around the time of the game's cancellation. On the one hand, it's a bit of an artifact attesting to the disappointment of many. On the other hand, a lot of people spent a lot of time and mental energy in populating that digital space with messages, illustrations, conversation, and so forth. People made friends there. We also felt that while the game didn't make it through, the experiment of the Devroom was a success in the sense that it proved that we had the ability to use our community outlet (Unity) to actually gather and incorporate ideas from the community in a big way.

The Devroom was not kept open for any kind of financial gain or to spread some kind of secret message. It's just that it had accomplished enough positives and been a home to enough people that it felt like the right thing to do. Things are a bit more complicated on the Japan side where the Devroom was its own standalone site that required a sustainable budget, not to mention the difference in cultural perception. Leaving that page running on their side would have likely left a lot of fans very confused and left Capcom Japan open to an awful lot of snappy remarks."


A commendable decision, indeed. I think it's pretty neat Capcom recognizes the space not only as a piece of Mega Man history, but an actual thriving community. See for yourself and drop on by sometime!