Capcom Has No Plans for Mega Man/Sonic Crossover 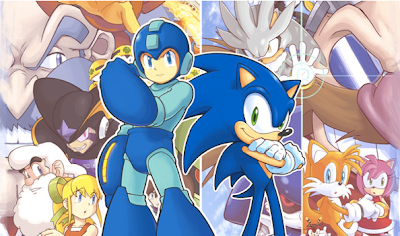 Will Mega Man and Sonic the Hedgehog ever appear in the same game? With an official Archie Comics "When Worlds Collide" crossover coming up in 2013, that seems to be the popular question on the minds of Mega Man and Sonic fans alike.

Responding to a forum user who asked this very question, Capcom's Senior VP Christan Svensson stepped right up with an answer: "While we're happy Archie was able to make such a collaboration happen, there are no plans for a game on such a premise."

Although plans tend to change all the time, it sounds like Capcom (nor Sega) will not be actively perusing this sort of project anytime soon. And honestly, I'd much rather see Mega Man back on his own two feet first before something like this is even considered. After that happens, hey, it's free rein from there.

Oh well. But hey, at least you can still look forward to the comic crossover. March 2013 will be here before you know it!