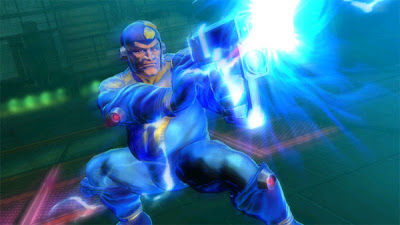 Much like Super Street Fighter IV, Street Fighter X Tekken will be getting a free balance update patch at the end of the year. Capcom has detailed some tweaks coming with the "v2013" patch, including changes made for Mega Man. Have a look:


If you're like me, some of these terms are probably a bit foreign. That's why they made this handy-dandy glossary of terms! Now for those who are familiar with this stuff, the general consensus says Mega Man received some decent buffs. A lot of players could find him a tad more durable from here on out. What do you think?

Head on over to Capcom Unity for more v2013 patch details.
Posted by Protodude at 4:20 PM