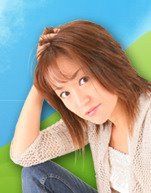 Mega Man Legends vocalist Reika Morishita is considering re-arranging the original game's theme songs, Another Sun and Your Wind is Blowing, according to a post at her official blog. 100,000 Strong for MML3 is reportedly working closely with Ms. Morishita to make it happen.

"The project is steadily going on. So, how would it be made up?" ponders Morishita. "Everyone, how do you think it will be like? What do you want it to be like? I want to hear your your voices about it. I think it will would be nice to incorporate the best opinions within it! Because, these songs are still alive in everyone's heart!"

"This is a serious career move for Ms. Morishita, and everyone here is very grateful for her efforts," writes a representative from 100,000 Strong. "For a temporary means of communication with her, all comments to this note will be read and translated for our great ally in arms to read."

Said note can be found here at the movement's official FaceBook group. All are welcome to provide feedback and words of encouragement to the singer.  Ms. Morishita has previously gone on record to show her support for Legends 3's reinstatement. It would seem this is her way of not only trying catch Capcom's attention, but paying tribute to the fan movement itself.

This is a project that will take some time, mind you, so it might be a while before anything concrete surfaces. If anything of interest pops up, I'll toss it your way. Best of luck to Ms. Morishita!
Posted by Protodude at 11:04 PM