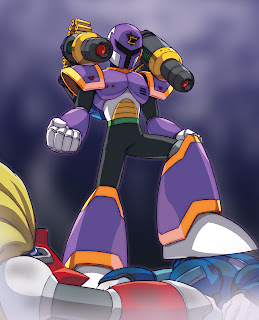 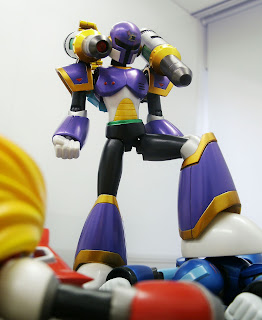 D-Arts Vile is getting a tad more villainous for his Japanese Bandai Premium release. The figure is seeing the addition of a second shoulder cannon, according to Rockman Unity. Unlike North America, the figure is an online exclusive, slated for a release sometime in June. Pre-orders are a go from now until April 9th.

To commemorate the figure, Capcom also released the above illustration featuring Vile striking a menacing pose over the defeated bodies of X and Zero. It remains to be seen if this will be the figure's packaging, or some sort bonus insert included with the figure. Whatever the case, that's some mighty fine art!

Credit: The Mega Man Network
Posted by Protodude at 9:48 AM