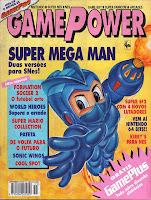 Over on VGJunk, Luke has posted a seldom-seen "Super" Mega Man illustration from an issue of Game Power, a Brazilian video game magazine from the early 90's. The art depicts a pint-sized Mega Man X in his early conceptual armor, complete with Casshan-inspired mask.

Game Power's interpretation of Mega Man X seems to hearken back to the inexplicable tradition of giving Mega Man muscles; a signature of the NES packaging. Mind, the Ruby-Spears cartoon was airing at the time... robo-pecs prevalent too, so maybe they were just trying to be consistent. Eh, whatever.

"Super" Mega Man was the working title of Mega Man X, with "Super" being a popular prefix used to denote many Super Nintendo games at the time. It wasn't until a little after the game's Summer CES '93 unveiling that it became known as Mega Man X en masse.

After the break, I've included scans of Game Power's "Super" Mega Man preview from this very issue (courtesy of VGJunk). The images therein depict the famous unused white city stage with a couple unfamiliar foes. You've probably seen these screenshots before, but it couldn't hurt to take a trip down memory lane again. 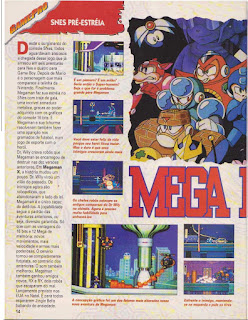 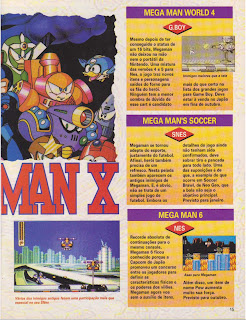 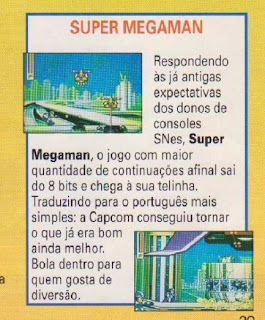 Posted by Protodude at 1:03 PM