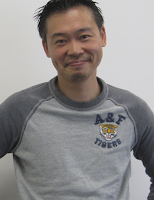 Tonight at the Game Developer's Conference in San Francisco, Keiji Inafune voiced his concerns about the Japanese video game industry in a presentation titled "The Future of Japanese Gaming." Inafune insists that in order for the industry to succeed once more, it must rediscover the desire to "win". Easier said than done... or is it?

Somewhere along the line, Japanese developers became intoxicated by their own success; blissfully oblivious to the changes around them, Japan unwittingly allowed competitors to rise to the top. But all is not entirely lost: Inafune firmly believes that the secret success rests in developers' discovering a desire to better themselves; to "win."

To help cement this concept in the minds of his colleagues, Inafune referenced his experience developing the original Mega Man Legends at Capcom. The game, for all intents and purposes, fueled his desire to succeed in the face of overwhelming odds, thought not by the game's success (or lack thereof).

Hit the jump for the full story... 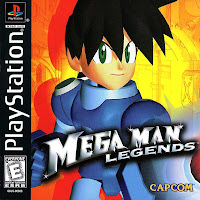 "15 years ago I was working on Mega Man Legends," said Inafune. "It was the first 3D Mega Man title for PlayStation. I was very excited, very passionate, and very confident about this game. As such, I did everything I possibly could as the game's producer. However, it was not an easy road to success. The Mega Man series was slightly on the decline, and perhaps the expectation levels were not as high as the previous games. Therefore, we weren't able to sell or promote the game as we expected and failed to attract an audience."

"Putting aside the quality of the game, at the end of the day the game was a failure from a sales perspective," Inafune admitted. "Mega Man fans I know are looking forward to a next installment in the series, but we shall see what happens. Back in those days nobody probably would have asked for the next Mega man Legends, though. That experience is my biggest failure and biggest treasure in my video game career."

"Soon after I had the chance to work on Resident Evil 2, and I think I can say that project made me what I am today," Inafune stated. "Why would I think that? Because the game was successful, the production quality of the game, or it was a major franchise titles? No, none of the above. As many of you know, Shinji Mikami directed the original Resident Evil. The game was a major success and we decided to work on Resident Evil 2. While Mikami worked on the game, as the producer it was my job to sell this game to people around the world. With Mega Man Legends it was challenging to book around appointments and interviews. Nobody was interested in hearing about a new Mega Man title. However, the scenario was completely different with Resident Evil 2. Interviews and inquiries came pouring in, and Capcom also poured in tons of marketing dollars."

Without experiencing the "humbling failure of Mega Man Legends", Inafune admits Resident Evil 2's success might have gone to his head. Having struggled with Mega Man Legends, however, allowed him to see the importance of rising to the challenge and fighting back. It is his hope Japanese developers, too, will find strength from their past struggles to succeed. Only then can new ideas and new brands come to fruition.

"What we're missing in Japan is the desire to win and the tenacity to succeed," said Inafune. "I promise to introduce a new 'hero' from Japan. That is what we’re missing. We’re missing a hero."

Admittedly, it is a bit sad to hear that Legends' failure at market made Inafune who he is today. Nevertheless, the game remains his personal favorite project. I think he is more than honored to know it is loved and adored by such a faithful bunch of people today. So thank you, Mega Man Legends, for instilling wisdom in one of today's most outspoken developers.

For more words of wisdom from Inafune, read the full panel report at Game Informer and Gamasutra.
Posted by Protodude at 10:29 PM