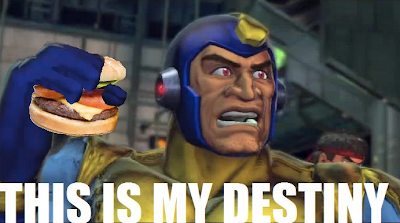 Street Fighter X Tekken official drops next week, but PlayStation 3 owners will have to wait just a teeny bit longer to get their hands on old man Mega. Capcom has announced Mega Man (and Pac-Man) will be offered as free DLC on March 13, a mere week after the game's launch.

For those not in the know, Mega Man is based on the hilariously terrible Mega Man 1 box-art. Footage of the big guy in action can be seen here and here. They're a bit old, but I doubt much has changed since these video originally dropped. Naturally, we can expect a plethora of new footage around the 13th.

Street Fighter X Tekken launches in the U.S on March 6 and March 9 in Europe.