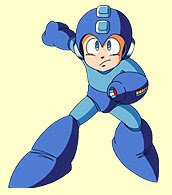 Boatloads of news today concerning Rockman 9 and Ryuusei no Rockman 3:


Rockman 9
-Capcom of Japan officially announced RM9. They plan to unveil an official promotional website July 15th.
-To celebrate RM9, Capcom plans to release the original Rockman game on the Virtual Console in July, followed by Rockman 2's release in August. Hopfully, the US will get a similar treatment. 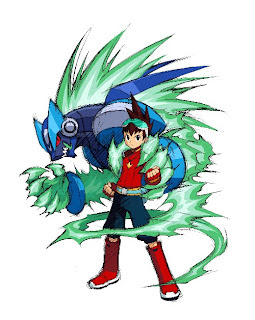 -ITMedia posted an article with a little bit of new RnR3 info. The info primarily discusses the four main cast members and hints the title will have a "new transformation" system via the Hunter VG:

"In every Hunter VG the Satellite Police have installed an EM transformation authentication system. In theory, this would allows anyone with a Hunter VG to do an EM transformation like Geo, except the EM transformation program is locked and can only be opened with an authentication code sent by the Satellite Police. MegaMan's appearance after transforming has also changed due to the Hunter VG's Wizard control system. With all of the battle card data stored in the left hand buster, weapons can be equipped more freely than before. There are also other hidden abilities, which are secret for now."


-Capcom announced both Rockman 9 and Ryuusei no Rockman 3 will be on display at the upcoming World Hobby Fair. It's possible new info about both titles will come to light here.
Posted by Protodude at 11:57 AM