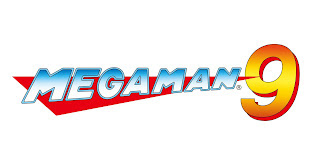 LOS ANGELES, CA — July 15, 2008 — At the 2008 E3 Media and Business Summit, Capcom®, a leading worldwide developer and publisher of video games, announced Mega Man 9™ for Xbox LIVE® Arcade for the Xbox 360® video game and entertainment system from Microsoft, Nintendo WiiWare™, and PLAYSTATION® Network. The original 2D classic Mega Man returns, bringing the series back to its core with retro-action platform gameplay and NES-inspired old school graphics. Relive the Mega Man experience with maniacally themed environments, a host of power-ups, and classically inspired bosses, each with their own unique weapons and weaknesses. Mega Man is currently scheduled for a simultaneous launch on all three platforms this Fall.

Mega Man 9 is a continuation of the original Mega Man series and will feature the classic gameplay fans know and love focusing on defeating bosses and acquiring a diverse arsenal of weapons. Mega Man 9 will feature over a dozen new challenging levels, a horde of new enemies with designs directed by Keiji Inafune, the original Mega Man character designer, online leader boards and a gamerscore achievements system.
In the year 200X, as the advanced science of the era has created industrial robots that co-exist with humans. However, an evil genius, Dr. Wily, plots for world domination and creates his own robot army to take over mankind. Luckily for humanity, Dr. Light outfits one of his domestic robots “Rock” to fight Dr. Wily’s creations. Mega Man is born.

Set after the events of Mega Man 8, multiple riots have sprung up all over the world. Whilst many people suspect that this is another plot from Dr. Wily, Dr. Light is stunned to recognize that some of the robots rioting on the TV screen are his own creations. Even more stunning, Dr. Wily appears on television to proclaim that Dr. Light is the evil mastermind behind these latest catastrophic incidents and it’s up to Mega Man to clear his creator’s name!

Launching this Fall for all three major platforms, Mega Man 9 is the must- buy Mega Man for both old and new fans alike. Its retro look and feel will draw old fans back to the series while its intuitive controls and the 80’s retro style gameplay will open up the game to a broader audience.
Posted by Protodude at 7:41 PM