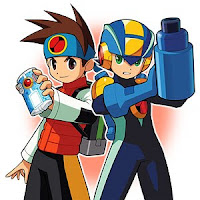 “Rockman EXE Operate Shooting Star will go on sale November 12th. Though the series wrapped up three years ago, thanks to the players Rockman EXE is able to sell once again. Furthermore, as we approach Rockman’s 25th anniversary, I’m thinking of what I want to do with Rockman EXE.”

I wonder what he has in mind...more ports/remakes? Maybe even a full blown sequel?


[via The Mega Man Network]