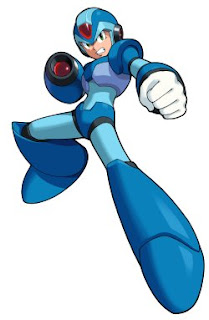 Keiji Inafune sat down with the Brazilian Nintendo magazine, "Nintendo World" to discuss all things Rockman. Most of the stuff we've heard again and again, but a few tidbits stood out:

NW: The remakes Maverick Hunter X and Powered Up didn't reach the expected sales. Even so, are there plans to take them to Nintendo consoles or remake them as sequels?

KI: There are no plans to make remakes [of a remake?!] or sequels of these titles at the moment.

NW: Why is the X series over? Is there any intention of continuing it?

KI: It's not that the X series is over, but we're giving it a break. We hope to make more sequels in the future.

NW: Where in the chronology do Mega Man 9 fit in? Will Mega Man 9 be the last episode of the Classic series? Is Mega Man & Bass part of the main chronology?

KI: Basically, the chronology was made to follow Mega Man 8 and be the last/latest in the series. The world of Mega Man & Bass exists paralel to Mega Man 9.


Maybe the idea of an X9 isn't so far fetched? Only time will tell.

More details from the interview soon!