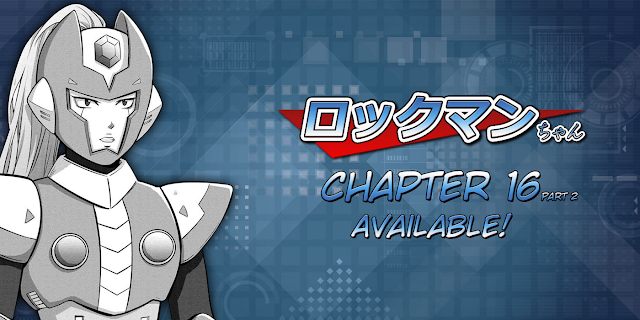 The second part of Rockman-chan's sixteenth chapter delves into the next generation robots created by Dr.Light. The good doctor made five prototypes, each modeled after one of his personality traits.

#1 is a compulsive liar, #4 has something for using elevators, #6 is frank and to the point, #8 is inventive (but as a consequence, can only consider his ideas and no one elses) and #10 trait is intelligence but lacks combat capabilities.

In the end, following some trial and tribulation with #8, Dr. Light decides that #10 will be the champion of the future.

Meanwhile, Dr. Wily is working on a robot based on Rockman's design. He incorporates Roll's hair, Auto's chest gems, and the red color of Rush. The end result is Rockman-chan's bizarre version of the Zero, it seems.

Yeah; this manga is riding the crazy train, not stopping any time soon. You can check the chapter here!