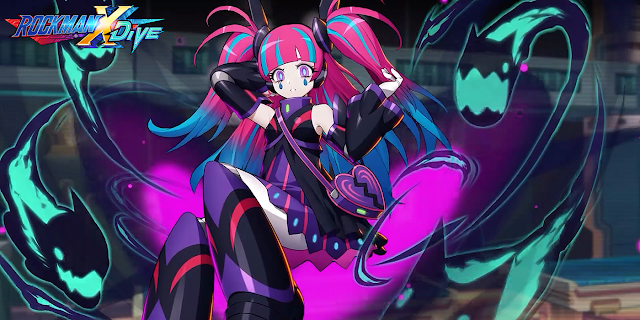 First revealed roughly a month ago in story mode chapter seventeen, Droitclair is - surprise - poised to join the game's roster this week.

Droitclair was subject of debate within the Mega Man community. Some fans felt her design was too far removed from what's expect of typical Mega Man character design. Many argued she wasn't robotic enough; others were receptive to her being different from the norm.  Now that we've seen the full design, what do you think?

Can't say I'm not surprised about the character becoming playable soo soon. Perhaps Angie and Erato will have a similar fate?