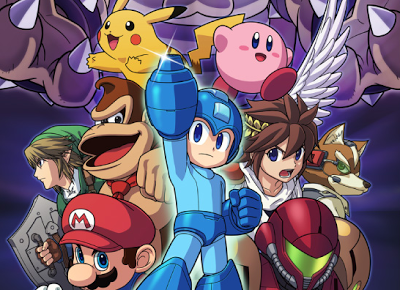 That's father of the year (2014) material right there. And hey, I just realized something: Smash will have online matchmaking. How great would it be to go up against Inafune? Win or lose, you will have a story to tell.