About That "Next Gen" Mega Man Rumor... 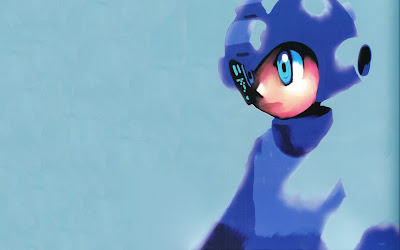 This one's been swarming my inbox all day so I felt the need to provide some closure. A list of games allegedly poised to debut at E3 next week popped up online. It includes Dead Rising 3, Killer Instinct, Banjo Kazooie 4, Marvel Vs. Capcom 4, Darkstalkers Reborn and a "next-generation" Mega Man, among others.

Rule of thumb, friends: If a leaked E3 list sounds more like a wish list, it probably is. Fabrications like these have stolen our attention for many years because it's so easy to project one's own desires. A new, next-gen Mega Man is a terribly easy target.

The full list is after the break. Hit the jump and let's debunk this. 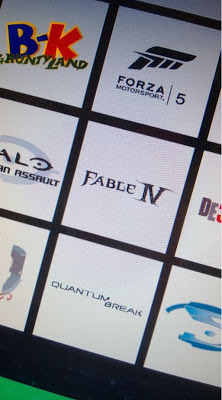 Halo 5
Killer Instinct
BANJO KAZOOIE 4
FORZA 5
QUANTUM BREAK
HALO: SPARTAN ASSAULT
RYSE
FABLE 4
CRACKDOWN 3
FORTNINE
DEAD RISING 3
COD: Ghosts
BF 4
Witcher 3
Dying Light
PREY 2
Homefront 2
BGE 2
Mirror's edge 2
Rainbow 6 PATRIOTS
Brother in Arms
League of legends
Capcom Next gen lineup:
Dead Rising 3 (XB1 exclusive. Capcom Vancouver)
Dragon's Dogma 2 (PS4 exclusive, DD team doing it)
Darkstalkers Reborn (Wii-U Exclusive. Funded by Nintendo, Dimps + Ono)
Marvel Vs Capcom 4 (Both. Eighting + Capcom. Also "Expandable" and also allegedly taking advantage of Microsoft's E-Sports platform tools they gave to developers)
Megaman (both consoles, PC and done by "A very good US developer who you won't expect but would be very happy to hear is doing it")
New IP from Capcom Vancouver
New IP from Ninja Theory
edit: I got these rumors from a friend's source, I do not know where the picture originates from. I do not know if these are legit at all but the games listed has been extremely plausible judging from famousmortimer talking about a few of them. So this should be treated as a fake, I don't want people running around treating it as a prophecy cause it might turn out to be fake at the end of the day. Then again this is E3 season, what else is new?


It's a wish list. And If that wasn't evident upon first glance, take a good look at some of those logos. "Halo 5" looks ridiculous. Banjo Kazooie is a fanmade mock-up from 2012.

Look, I don't want to totally demean everything here. There's certainly a few titles that are largely speculated to surface at Microsoft's presser. But a good portion of the above is fake. And in the case of Mega Man, it feels far too soon for Capcom to show the world an eighth generation title. I don't believe we'll hear anything on that front for a good while. Additionally, Christian Svensson already ruled out any significant product announcements at this year's show. Set your expectations accordingly.

...and please, try not flip out if Mega Man isn't initially there for Super Smash Bros. 4 (a real game that will actually be at E3). We'll cross that bridge when we get there.
Posted by Protodude at 8:16 PM