Capcom AND Nintendo Made Mega Man in SSB Happen 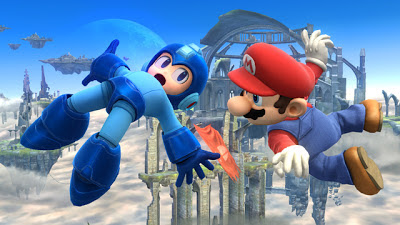 There's a brewing misunderstanding that Nintendo (and only Nintendo) made the effort to bring Mega Man to the new Super Smash Bros. The sentiment is concurrent with the phrase, "Nintendo cares more about Mega Man than Capcom." That, however, is not the case.

"Nintendo doesn't "care" about Mega Man more than Capcom. Those are logos," tweets Capcom community manger Brett Elston. "PEOPLE on both sides made SSB happen. That design is collaboration." He adds, "Years in, I still understand the frustration. But digging to find the negative with something this positive hinders the conversation."

Spend one minute on Brett's Twitter and you'll understand just how legitimate his passion for Mega Man is. He understands what we're going through. He gets it. But to completely deny Capcom's involvement in one of the most important milestones in the franchise's history? That's unfair.

There is a clear mutual respect for the franchise from both companies. Who approached who doesn't matter. It's happening. It's moving forward because both entities made the effort. It's a collaboration in every sense of the word.

Mega Man is in Smash.  Let's be grateful for that.
Posted by Protodude at 3:58 PM