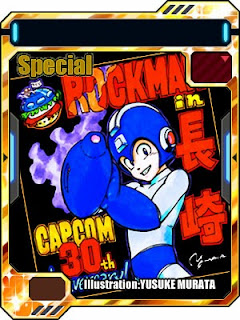 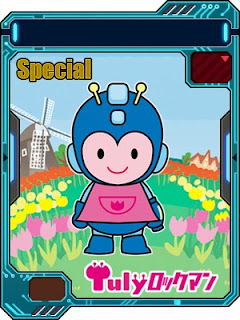 This July, the Capcom Summer Festival will be held at the Huis Ten Bosch theme park in Japan. Among the festivities, visitors can grab two exclusive Rockman Xover Battle Memory cards. The first is drawn by Yusuke Murata (shown left). Before becoming an acclaimed manga artist, Murata designed Dust Man and Crystal Man as a child. The second card, featuring the park's mascot Tulip chan, is on the right. Both cards will be distributed via serial codes on a first come, first-served basis.

The Capcom Summer Festival runs from July 13th to September 2nd. The event will play host to a number of exhibits and movie screenings of Capcom's popular works. If you're in the Nagasaki Prefecture for the summer, you might want to check it out. More information can be found here.