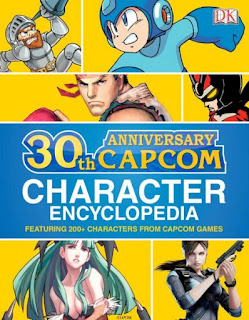 Earlier today a curious product popped up on Amazon. It's a 200+ page book called the Capcom 30th Anniversary Character Encyclopedia, which is currently listed to come out on October 21st. The details are as follows:


Surprisingly, the book is not being handled by UDON Entertainment. Rather, Brady Games; a subsidiary of DK Publishing (makers of some mighty fine encyclopedias). There's bound to be plenty of Mega Man content within, so this is definetly a product we will be keeping tabs on.