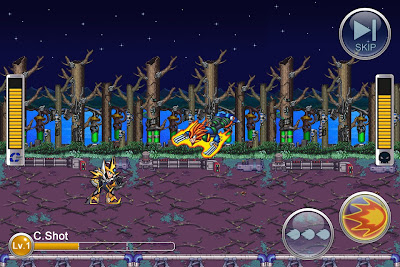 Following the announcement of exclusive promotional cards, Capcom has unleashed World 8 upon Rockman Xover. This one is themed after Rockman 7, where you'll go up against the likes of Slash Man, Spring Man, Junk Man and Shade Man. The final boss is none other than Bass. Further, we've got a new form: OVER-9. We saw this guy a few days ago; electricity is his forte, strong against water and ice. That's pretty much all there is to it.

There's some new regarding a special campaign for the Android version of the game and... an opportunity to score a Battle Memory card featuring Tron Bonne. In a bikini. Read on for the details. 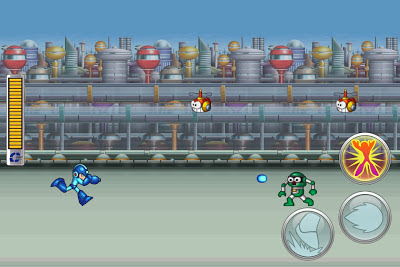 Alright, Android owners. Capcom has a special offer where if you download the game from now until June 30th, you will automatically be gifted with the Legendary Armor for free. This is a form that makes OVER-1 look like the classic Rockman. Oh, and you'll get ten free E-Tanks too. Not too shabby. 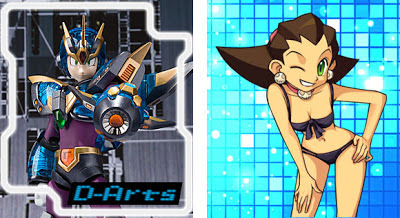 Lastly, here's two new cards. The first is literally an advertisement for the upcoming D-Arts Ultimate Armor X. The other is Tron Bonne in swim-wear. That's new artwork, no less.

Lots of credits for this post: RockX, Slash, Rick with images from The Mega Man Network.
Posted by Protodude at 12:33 PM