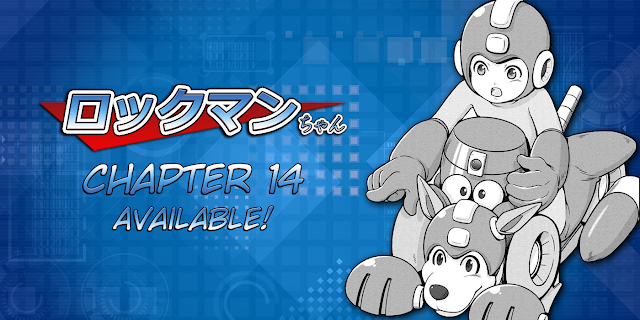 In Rockman-chan's previous chapter, the final battle against Dr. Wily was put on hold. Rockman got a new weapon... office tacks! These were intended to be spread on the floor when Dr. Wily tries to escape. Then, the Men's 6 made Dr. Light watch their pre-final battle party to make him jealous of their camaraderie.

The final battle was about to take place the next day. But Rockman never showed up! Dr. Wily threatened to attacks all the major cities of the world in order to force Rockman's hand.

Now, the final battle against Dr. Wily and the Men's 6 is here. Check out the second part of chapter 14 here!