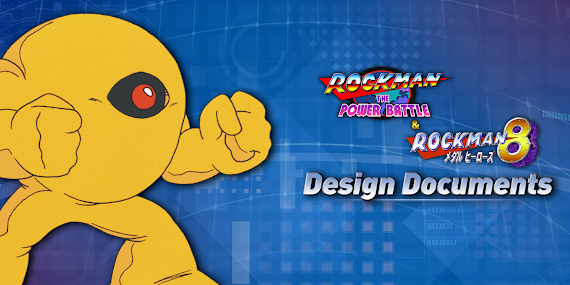 One of the main selling points of the Capcom vs. Osamu Tezuka Characters art exhibit was the chance to take a peek at rare design documents and other production materials that trace Capcom and Osamu Tezuka's history.

With the prohibition of picture taking inside the exhibit, the chances of us seeing those documents where small. However, that changed about a month ago when the Capcom vs. Osamu Tezuka Characters Artbook was released... 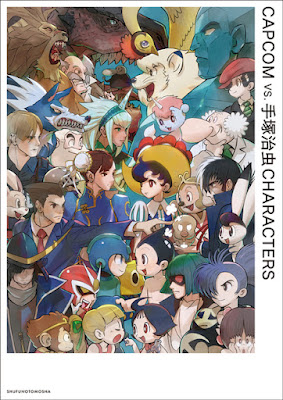 The Capcom vs. Osamu Tezuka Characters Artbook captured most of what was shown during the first exhibit. Because of this, we can take a look at the 12-page Rockman: The Power Battle design doc. It describes Yellow Devil's move set from the famed arcade game.

The following scans and translations come to us courtesy of our friend Windii Gitlord. It's worth mentioning, however, that the translation is incomplete. The documents are hand-written and, due to the resolution, it was quite difficult to fully translate all the pages. But all in all, I believe you'll be able to piece together what's being described here just fine. 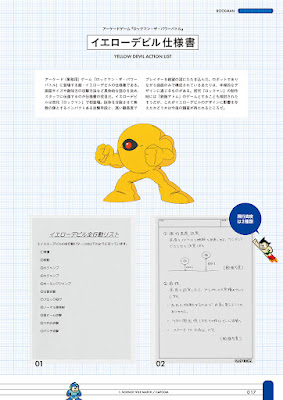 This is the specification sheet for the Yellow Devil, an enemy that appears in the arcade game "Rockman the Power Battle." The role of the specification sheet is to decide on specific details such as the screen size and the attack methods of the enemies and communicate them to the staff. Yellow Devil first appeared in the first Rockman game, and its impactful attack method of splitting its giant form into countless bullets and its high level of difficulty drove players to the brink of despair. Although it is a robot, it is composed of only curved surfaces, which is similar to Tezuka's designs. It is said that when the original Rockman was created, it was considered to be a Mighty Atom game, but whether or not this influenced the design of the Yellow Devil remains to be investigated.

(There are two flight altitudes.)

The following two types of altitude are provided. One of them will be determined randomly.

● Once the altitude is set, check the x-coordinate of the player.

● It only moves left and right, and does not change altitude.

● It will follow you for four seconds. Then use beam attack afterwards. 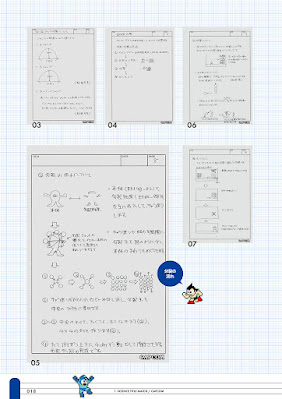 It jumps to the player's x-coordinate with a height of 80H.

Stops at 20w in the first pattern of the jump, then checks the player's coordinates and jumps.

The flow of the splitting attack.

4) Goes back to normal 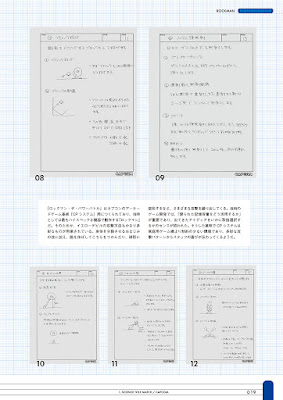 It throws two blocks that bounce across the screen.

Rockman: The Power Battle was created for Capcom's "CP System" arcade board, designed to run on high-spec equipment at the time.We can assume, therefore, that Yellow Devil has a wide variety of attack methods to take advantage of the system's capabilities. In addition to its signature move of splitting its body, it can also extend his arms to grab you or transform into a sphere.

In those days, game development was all about how to make the best use of the limited memory capacity. Developers were faced with having to select and discard the ideas that emerged. In that sense, the CP system was a less restrictive environment than home consoles. The staff's joy could be felt in the variety of attack patterns.

Now we move forward to the Capcom vs. Osamu Tezuka Characters' exhibit that took place in Tokyo from October 1st to October 18th. This is where the 22-page Rockman 8 design document was shown.

Although it remains to be seen if an extra or extended version of the original artbook will be released, the official Rockman Twitter account provided us with a two page sample from the document.

Thanks to our friend Midori, we can take a look at both available pages in English! 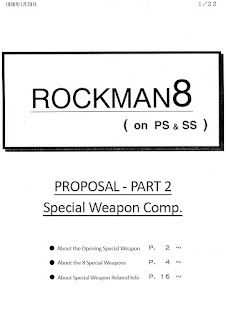 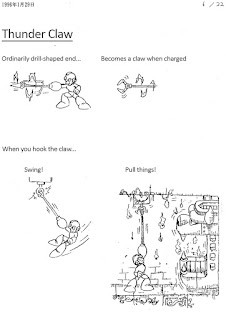 Hopefully the complete Rockman 8 document will find its way into our hands one way or another. Until then, Rockman Corner will keep moving heaven and earth to find and preserve any piece of Mega Man history!
Posted by Reploid21XX at 9:46 AM